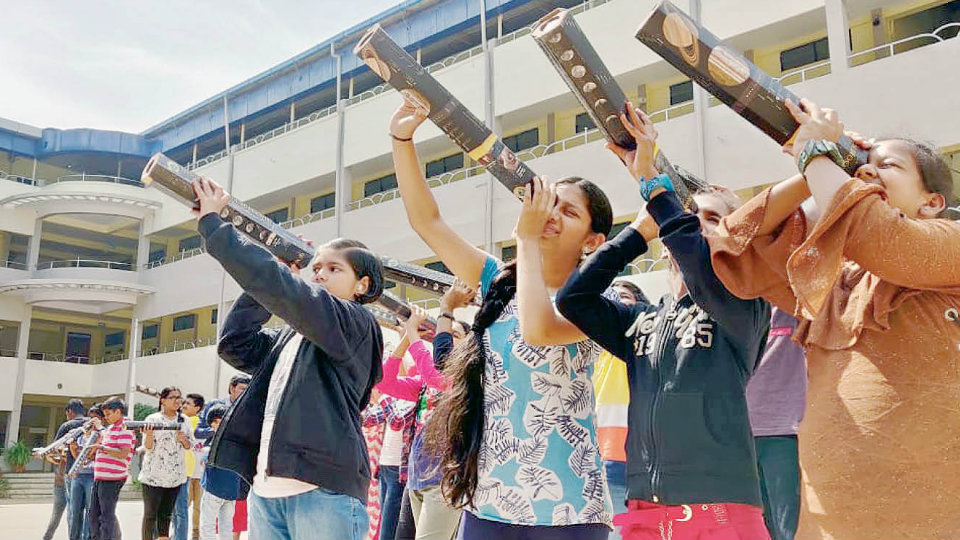 Kautilya students make their own telescopes

Mysuru: Students of Kautilya Vidyalaya in city had their date with stars yesterday at a special sky-gazing workshop organised by Kautilya Atal Tinkering Lab, in association with the Mysore Science Foundation. Students were doubly excited as experts taught them how to make their own telescope.

The day-long workshop which concluded at around 8 pm gave the students an idea of astronomy, its various facets and ignited the young minds to explore the world that is beyond earth. Retired scientist from Indian Space Research Organisation Dr. C.D. Prasad took the children on the journey through the stars and guided in telescope making.