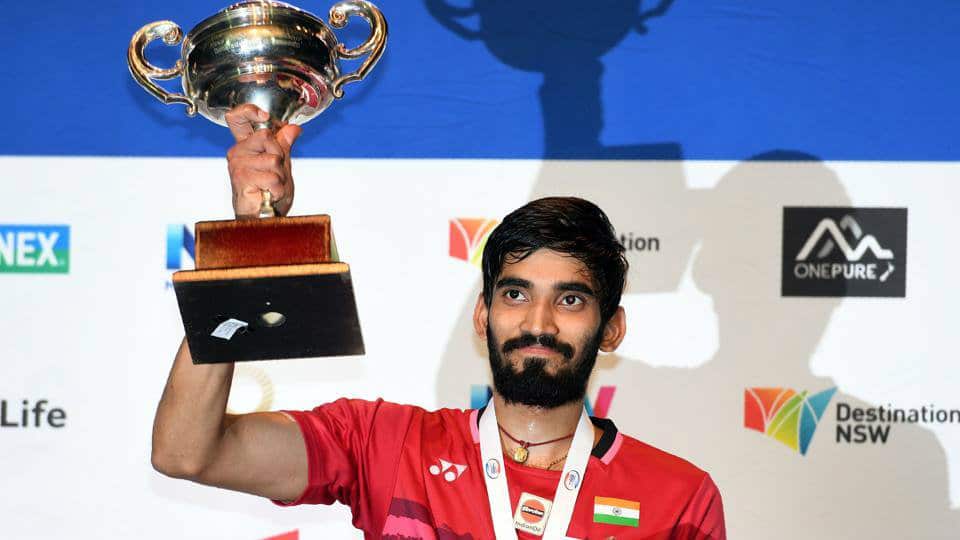 India shuttler Kidambi Srikanth has been on a roll in the past two weeks — he has beaten the World No. 1 Son Wan Ho twice and beaten the top-ranked Chinese shuttler Shi Yuqi twice. Overall, he has now reached three straight Super Series finals that he’s played — Singapore, Indonesia and now Australia.

He has thus become only the fifth player in the world to contest three consecutive Super Series finals.

World No. 11 Srikanth exhibited another flawless performance to beat Chen Long and registered his first victory over Long in the sixth meeting, defeated the Olympic champion in straight games 22-20, 21-16 to clinch his second successive Super Series title.

The opening game was an evenly contested affair with the two opponents exchanging the lead. At the start, the rallies were a bit long but both resorted to an attacking game from thereon.

However, aided by his deceptive shots and searing smashes, Srikanth took 11-9 lead at the break. After the resumption, Long crawled back with three straight points to take lead at 12-11. The game went down the wire with the Chinese saving a game point with a cross court smash but the 24-year-old Indian eventually prevailed to win it 22-20 and take 1-0 lead in 23 minutes.

He was in red-hot form in the second game where he bossed over Long after a engrossing rally to win the first point with a 323 kph winner. But Srikanth raced to a 6-2 lead over the current All England Champion and in a similar fashion to the opening game, took a 11-9 lead at the short break. Unlike the first game where Long launched a comeback, here Srikanth was in no mood to relent, opening a five-point lead at 19-15. And then sealed the game and the title at 21-16 to win the singles title.