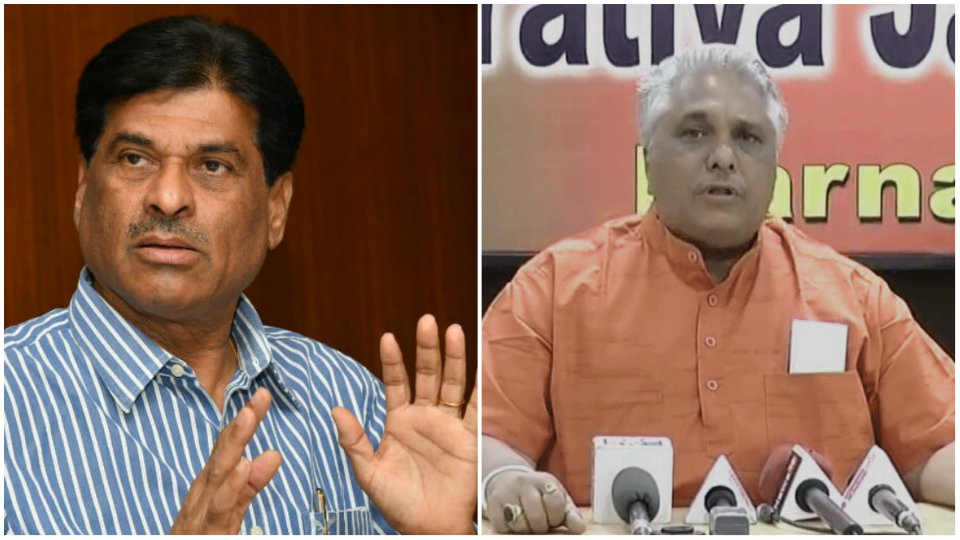 Mysuru:  An open debate will be held between former MLC and senior BJP leader G. Madhusudhan and former Vice-Chancellor Prof. K.S. Rangappa regarding the alleged irregularities committed by Rangappa when he was the VC of Karnataka State Open University (KSOU) and University of Mysore (UoM).

The debate will be held on Tuesday, July 3, at Pathrakarthara Bhavan and Mysuru District Journalists Association (MDJA) will facilitate the debate.

At a press conference recently, Madhusudhan had charged Rangappa of destroying the future of nearly 10 lakh students of KSOU and that he was involved in a number of scams both in KSOU and UoM.

He had challenged Rangappa for an open debate regarding the corruption charges.

Responding to Madhusudhan, Prof. Rangappa had stated that he too was ready for a debate and the MDJA has come forward to organise the debate. The debate will be moderated by MDJA President C.K. Mahendra, Secretary K.J. Lokesh Babu and senior journalist B.S. Prabhurajan.

Both Rangappa and Madhusudhan have to submit the documents by July 2 so that there will be a healthy debate. Both of them can have one assistant each to pick the relevant documents.