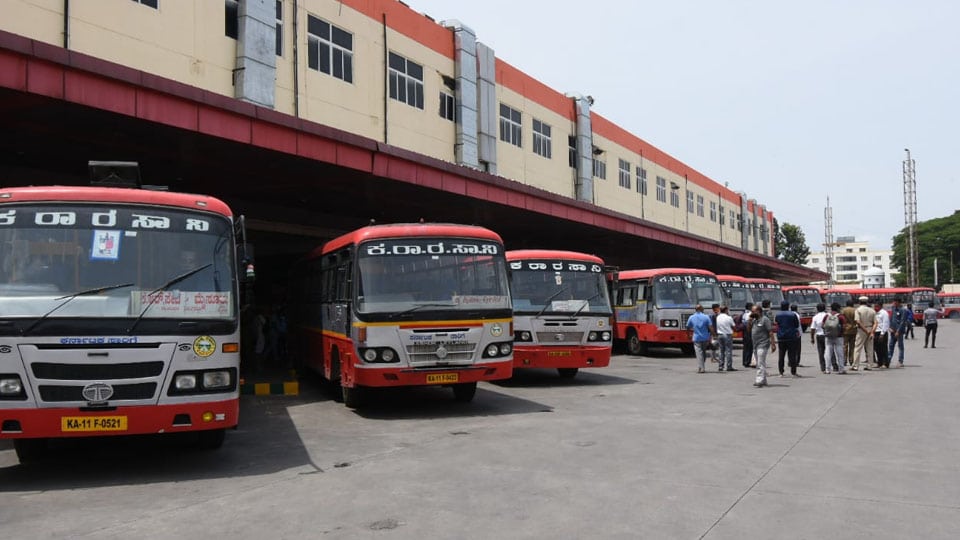 KSRTC Staff and Workers Union to hold convention in city

Mysore/Mysuru: The joint convention of all the four divisions of KSRTC Staff and Workers Union will take place at Hotel Shringar Hall in Bannimantap here at 11.30 am tomorrow (Nov.7).

Announcing this at a press meet here on Thursday, Union’s Legal Advisor B.S. Suresh said that Union Leaders H.V. Anantha Subbarao, D.A. Vijayabhaskar and others will discuss issues concerning  KSRTC and its staff.

Demanding implementation of Industrial Tribunal award in toto, Suresh said it is wrong on the part of officials to have suspended thousands of transport workers during the strike in April this year. Maintaining that KSRTC staff were not getting timely salaries, he questioned the present whereabouts of farmer leader Kodihalli Chandrashekar who spearheaded the stir in April last.

Opposing KSRTC’s plans for closing or shifting the Regional Workshop at Bengaluru, he demanded withdrawal of all disciplinary action against employees during the stir and urged for a pay hike. Office-bearers S. Revanna, S.Madhusudan and S. Bandi were present at the press meet.