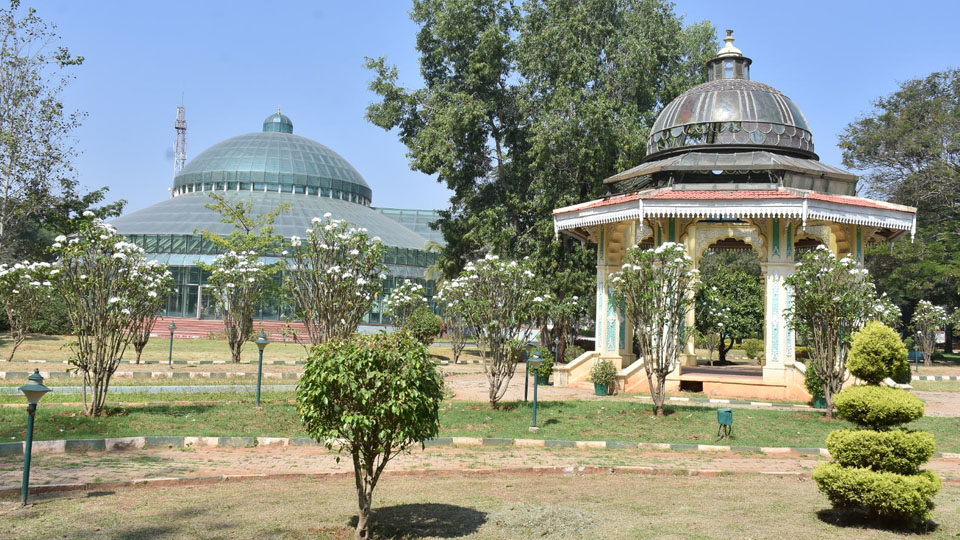 Locations play a very vital role in movies. They always provide the much-needed effect and edge to any given scene. Mysuru being one of the most historical and scenic places in Karnataka, provides the Kannada film industry with some beautiful locations to shoot. There are more than 250 film shoot locations in and around Mysuru and there is one more in the heart of the city — Kuppanna Park. Kuppanna Park at Nazarbad, the most photographed spot in Mysuru during the Annual Dasara Flower Show, is all set to become a place for film shooting and also a chosen destination for pre-wedding shoots.

Following the establishment of an attractive Glass House and seeing people crowding the Park during weekends, Minister for Horticulture, Sericulture and Municipal Administration K.C. Narayanagowda had mooted the idea of developing the 12-acre Park as a tourist hotspot throughout the year. He had asked the Horticulture Department officials to work towards round-the-year activities.

Accordingly, the officials sent a proposal to the Government and have got a green signal from the State for different activities including film shooting, pre-wedding and post-wedding photo shoots, flower shows from time to time, training programmes on horticulture, floriculture and topiary. Of course, shooting inside the Park will not come free as money will be charged as per the requirement and demand.

Also called Nishad Bagh, Kuppanna Park is located in the heart of the city which is a five-minute walk from the Mysore Palace. But for the Annual Dasara Flower Show, no activity except morning and evening walk is held at the Park. Of the 365 days, there would be activity only for over 40 days with the main attraction Dasara Flower Show being held for over 12 days.

The centre of attraction inside Kuppanna Park is a vast Glass House built in Indo-Saracenic style and Mysuru style. It stands 1.5 metres above the ground and spans 2,419 square metres including corridor and is round in shape with a diameter of 36 metres and has four entry points. It has a dome that is 18-metre wide and can be an ideal place for film shooting and pre-wedding shooting.

Apart from the Glass House, the Park is home for a topiary garden, rock garden and a pergola. A rose garden has come up next to the gate that is near Urs Boarding School in an area of 400 metres. Already over 80 rose plants that will flower in different colours have been brought from Bengaluru, Horticulture Deputy Director Rudresh and Assistant Director Naveen said.

The fountain danced to eight songs, including Kannada and Hindi, during the 20-minute show. “We will bring back the musical fountain in the coming days and make it more attractive. People who come to Palace can admire its beauty and unwind at Kuppanna Park seeing the dancing illuminated water,” Rudresh said.