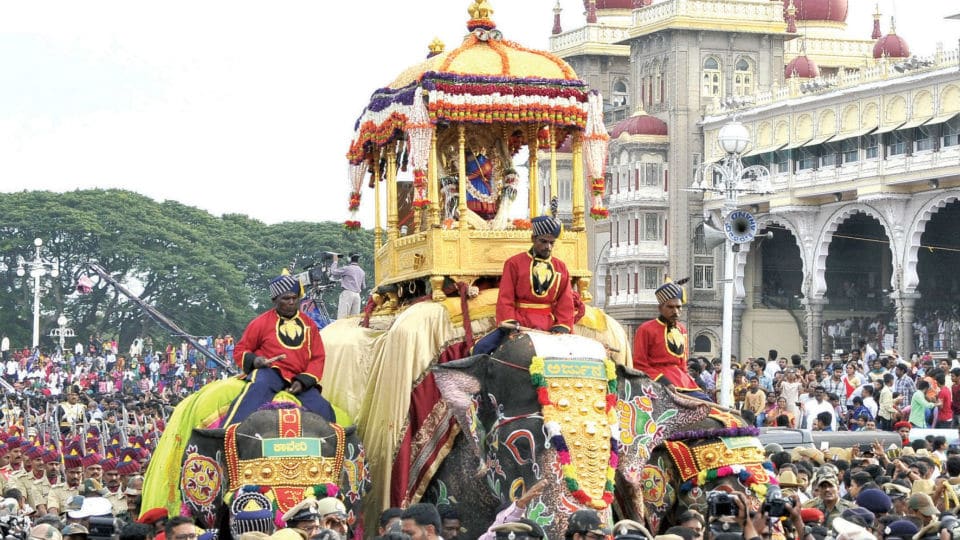 Mysuru: The tenth day of the 407th Dasara Celebration was bathed in a sea of humanity, as the procession that began from the Balarama Gate of the iconic Mysore Palace and reached the Bannimantap Grounds, went off peacefully with even the Rain Gods appeasing. 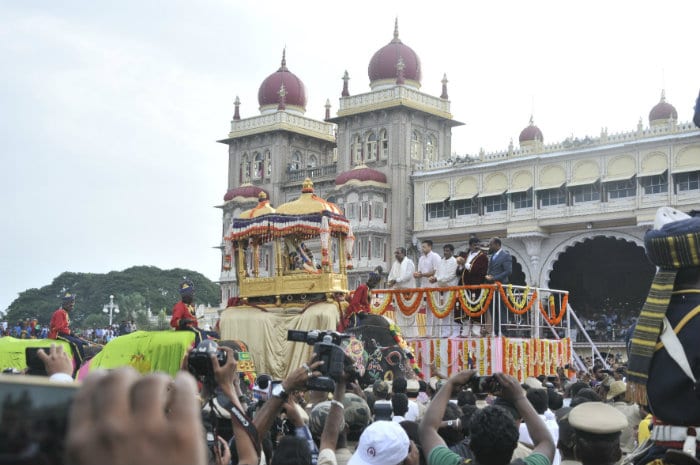 The 57-year-old Arjuna was carrying Sri Chamundeshwari, the reigning deity of Mysuru for the sixth year in a row. He was flanked by female “Kumki” elephants Kaveri and Vijaya. And as they marched majestically   after the 21-gun salute, thousands watched in awe and some had tears in their eyes as they folded their hands in deep reverence to the Goddess.

Lakhs had gathered on the nearly 5 km route to watch a spectacle that never fails to amaze people who watch it live or on television year after year. The procession wound its way slowly as the people on the route were witness to the rich culture, tradition and history, even as folk troupes with their breathtaking skills caught the attention of the viewers. The 40 tableaus that showcased the importance of the 29 districts and the progress and achievements of the State Government added a touch of awe and splendour to the procession that was being witnessed all over the world. 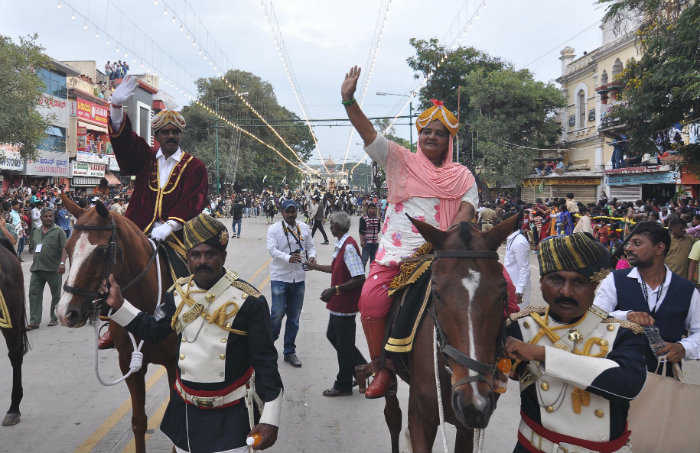 The Mysuru District Administration and Dasara Cultural Committee had organised this historic Jumboo Savari and with a just a few minor hiccups, was a very peaceful procession. The procession, which began around 2.30 pm took almost four-and-a-half hours to complete. It reached the Bannimantap Grounds also called the Torch Light Parade Grounds at 7 pm. 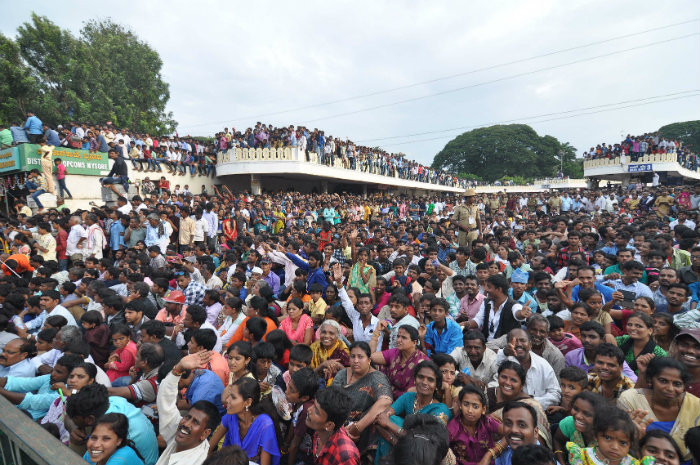 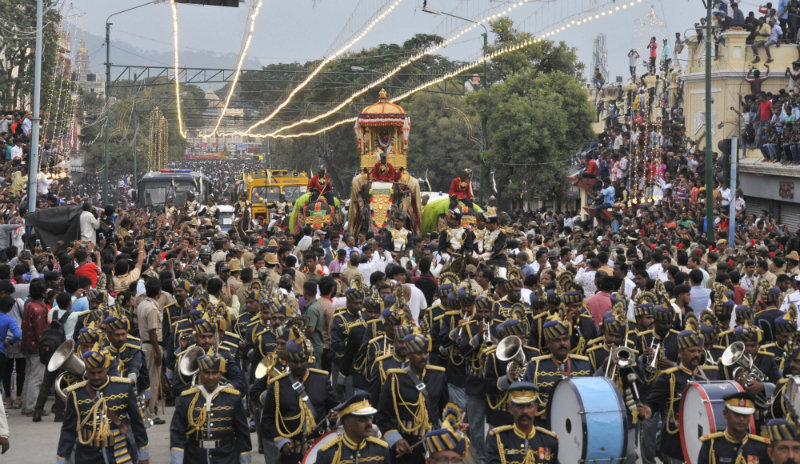 The procession was led by Nishane elephants Balarama, who has carried the howdah 13 times from 1999 to 2011. He was followed by ‘Noufath’ elephant Abhimanyu. The three new elephants that participated in the procession for the first time included Bhima, Drona and Krishna. The other elephants were Gopi, Varalakshmi, Vikrama, Prashanth, Gajendra, Harsha and Gopalswamy who were all ‘Saalaanes’ or row elephants.