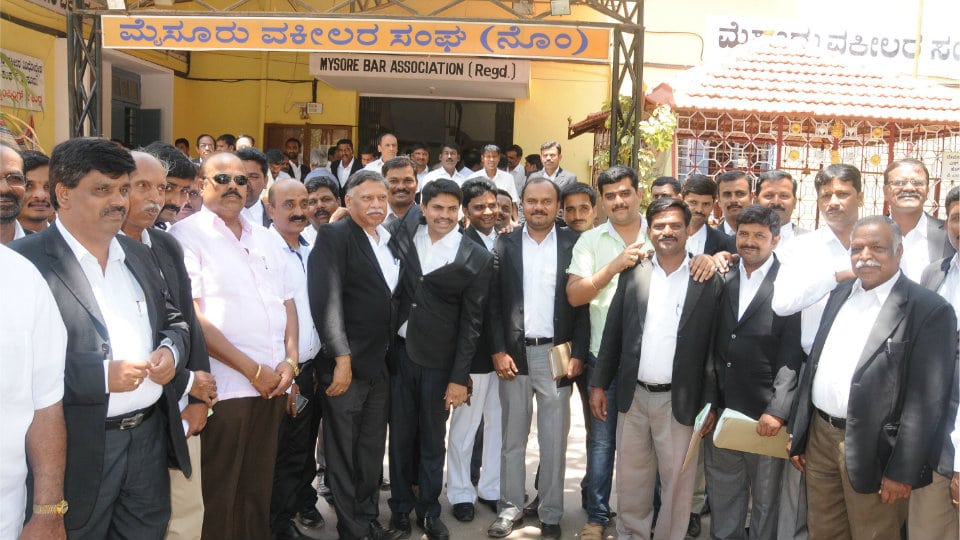 City advocates abstained from work today in response to the call given by Karnataka State Bar Council to boycott Court proceedings to oppose some of the proposed recommendations made by the Law Commission of India to the Advocates (Amendment) Bill, 2017.

The Karnataka State Bar Council had expressed support to a nationwide call given by the Bar Council of India (BCI), asking the lawyers to boycott Court proceedings today, as some of the suggestions made by the Commission in its report submitted to the Ministry of Law were against the interests of the legal fraternity.

The recommendations that the lawyers are opposing are: The provisions for including persons other than from the field of Law to the State Bar Council; for making retired Judges of the Supreme Court as members of the Special Grievances Redressal Committee of BCI; for imposing fine up to Rs. 3 lakh against lawyers found guilty of misconduct and awarding payment of compensation of up to Rs. 5 lakh to a person aggrieved by lawyer’s  misconduct; and for prohibition on boycotts or abstention from Court’s work by lawyers.

The advocates, after abstaining from Court work for the day, met at the Association Office in the city Courts Complex  and staged a demonstration to register their protest.