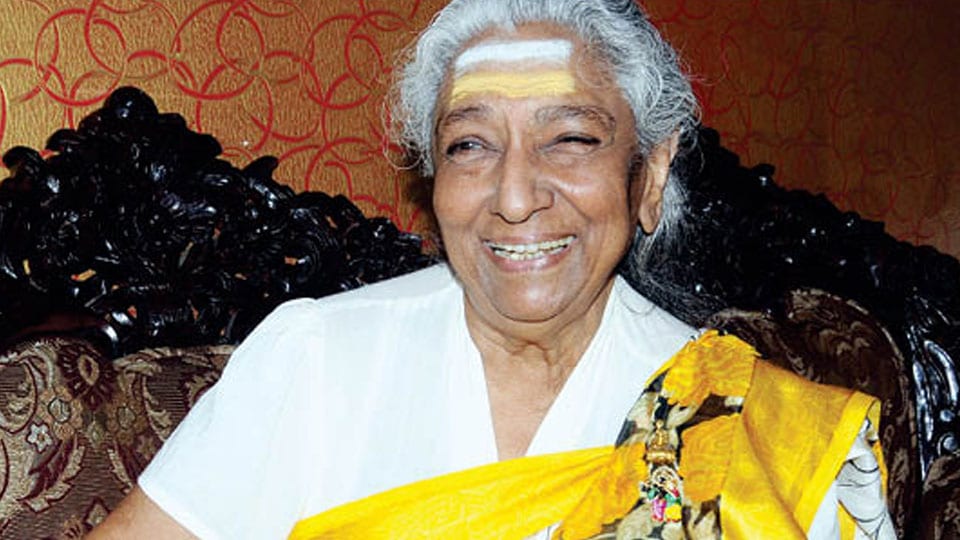 According to Trust President Naveen, it is the last public programme of S. Janaki. She had announced six months ago that she would not sing at public programmes anymore. However, owing to repeated requests, she agreed to perform, he said.

Meanwhile, Janaki’s son Muralikrishna speaking to a section of the Press has said, “She announced retirement a few months ago. But, she will complete the assignments accepted before announcing the retirement. She has several assignments to complete.” However, he has not clarified whether the event on Oct.28 will be Janaki’s last one in Karnataka.