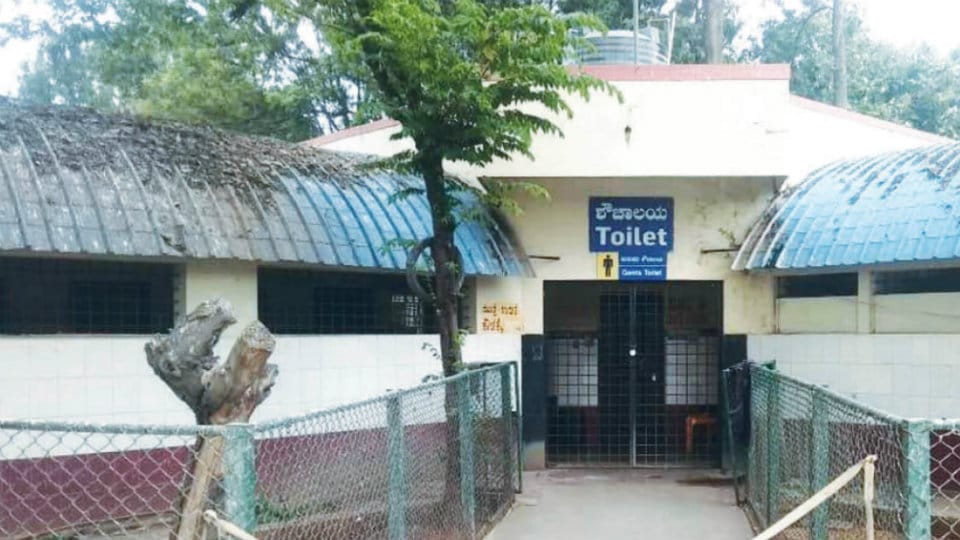 Nanjangud: The public toilet at Nanjangud KSRTC Bus Stand has been locked since a week which is causing a lot of inconvenience to the commuters.

The separate toilets for both ladies and gents is housed in a building and the sewage is let out towards Ashokapuram Layout resulting in foul smell emanating from it.

Unable to bear the stench, the residents have stopped the sewage water from flowing towards the layout following which the toilet building is locked.

There are no soak pits dug for the toilet. Though the KSRTC had tried to connect the same to the Underground Drainage System, the project did not take off.

With no toilets at the bus stand, the commuters are facing a lot of problems to answer nature’s call.