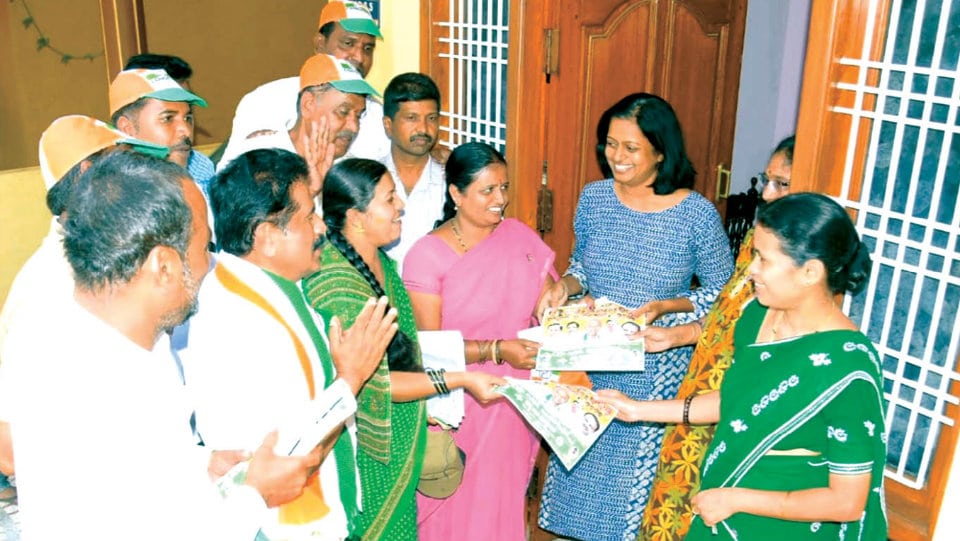 Speaking on the occasion, Somashekar said that the Modi-led Union Government was just misleading people for the last five years by giving false assurances and promises lacking any substance. The bringing back of black money stashed abroad was the biggest lie, he said adding that now Modi is emotionally trying to hoodwink people.

The ex-MLA asked voters not to fall prey to such gimmicks but vote for Vijayashankar, a simple down-to-earth person. Corporator Shobha Sunil, former Corporators Umamani Madegowda, Sunil and others were present.