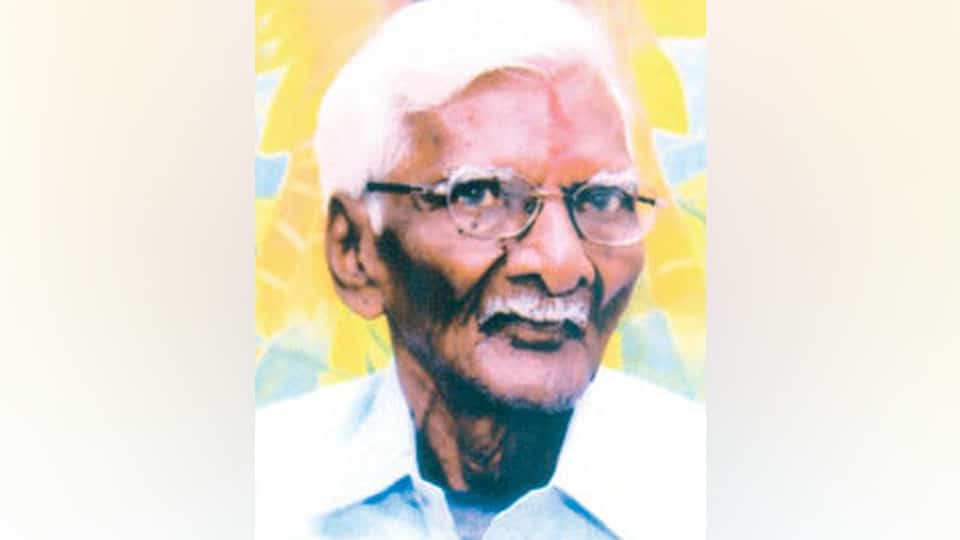 Mysuru: Artist Mallikarjun M. Korawarkar has been selected for M. Veerappa Endowment Award to be given away by JSS Mahavidyapeetha. The award carries a prize money of Rs. 68,000 and a citation which  will be presented at a function to be held later.

Mallikarjun is a senior artist from Kalaburagi district. Having completed his Diploma in Painting, he worked in Mumbai for a few years. Later, he started Nirala Arts Institute where he taught designing film posters, screen printing and show card. He has also lent his expertise in various projects undertaken in Mumbai, Kolkata, Chennai, Delhi, Jaipur and other cities.

An expert in painting portraits, collage and nature pictures, Mallikarjun has also designed sculptures using fibre, stone and metal. He also received accolades for the 50 huge oil paintings. He has received many awards and recognitions from various associations and organisations in the country.

In recognition of his contributions to the field of art, JSS Mahavidyapeetha  will be awarding him with Veerappa Endowment Award instituted by Prafulla Chandra Veerappa and Satish Prafulla Chandra, in memory of  well-known artist M. Veerappa, founder of Mysore Toys Company.

The award is being presented since 2015 every year.