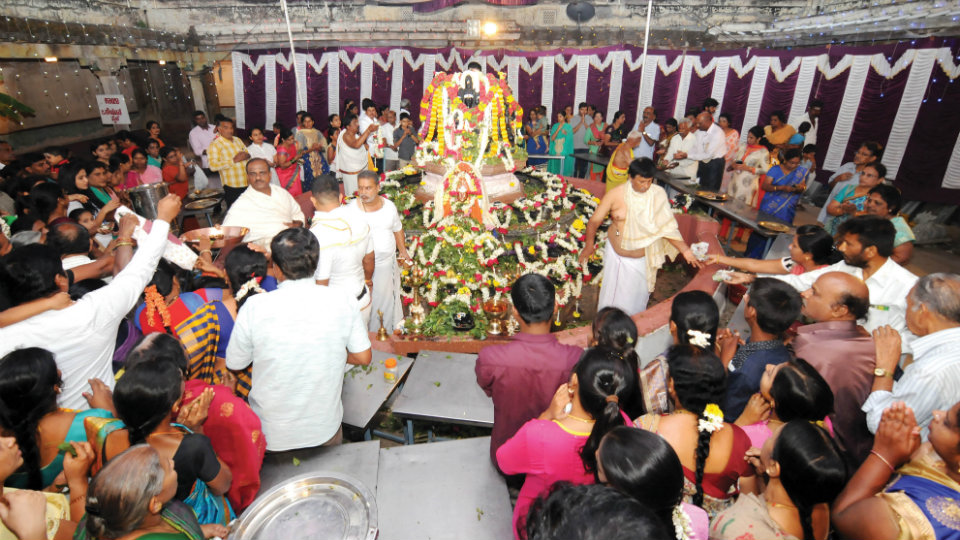 Mysuru: Thousands of devotees thronged Shiva temples across the city to have darshan and to offer special pujas on Mahashivaratri that was celebrated with religious fervour and traditional gaiety yesterday. Fasting, prayers and vigil marked the celebrations with devotees making a beeline for major pilgrim centres associated with Shaivism.

Devotees were seen standing in long queues at Kama-Kameshwari temple on Ramanuja Road, 108 Linga temple at Gurukula, Chandramouleshwara temple at Mathrumandali Circle, Suttur Mutt’s branch at foot of Chamundi Hill, Kuderu Mutt and other Mutts in the city observed Shivaratri in a grand manner.

Sri Ganapathy Sachchidananda Swamiji of Avadhoota Datta Peetha placed the spatika linga atop the gold-plated pedestal and performed special abhishekas and pujas. Mahabaleshwara temple atop the Chamundi Hill, Maruti temple near T.K. Layout also drew a large number of devotees throughout the day. 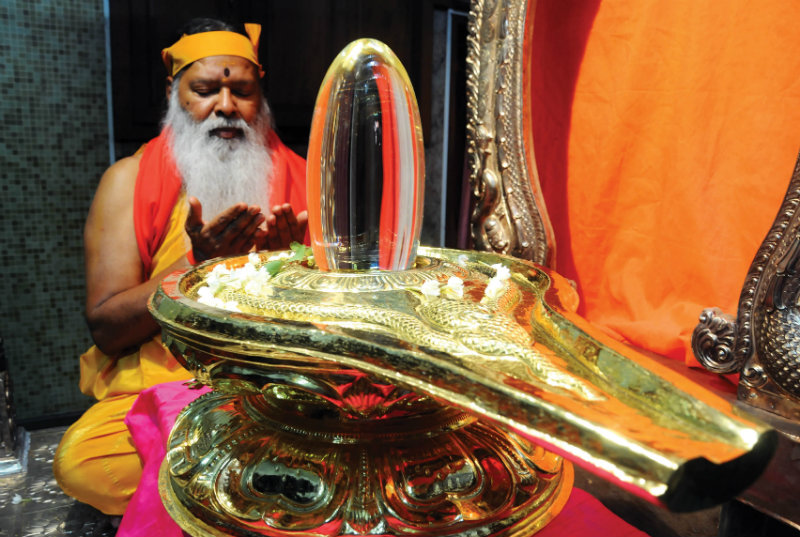 Devotees also crowded the Trineshwara Temple at Mysore Palace premises that holds special affinity for the devout as it is not only ancient but there are scores of Shivalingas to which devotees offer prayers, complete with Bilva leaves. 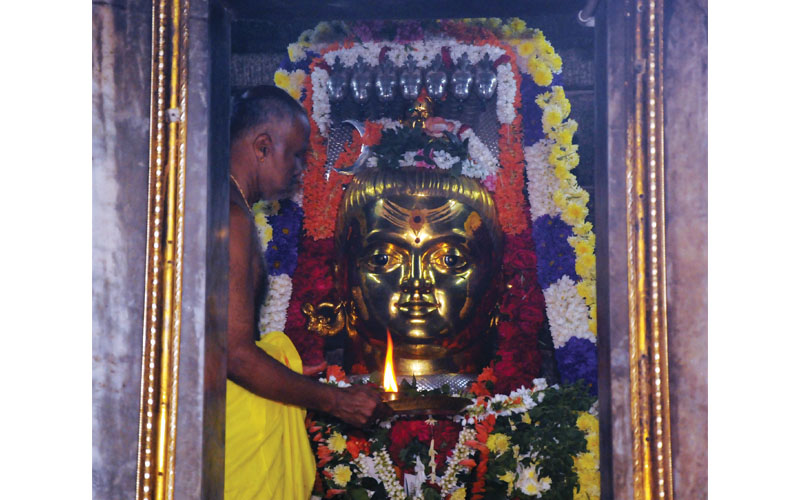 The main attraction of the temple is the golden mask that adorns the main deity. The mask — weighing nearly 11 kg — was donated by the last Maharaja Jayachamarajendra Wadiyar in the early 1950s. There was a heavy rush to have darshan of the golden mask, which is adorned once in a year during Shivaratri. Pramoda Devi Wadiyar, a member of the erstwhile royal family, offered prayers in the morning. 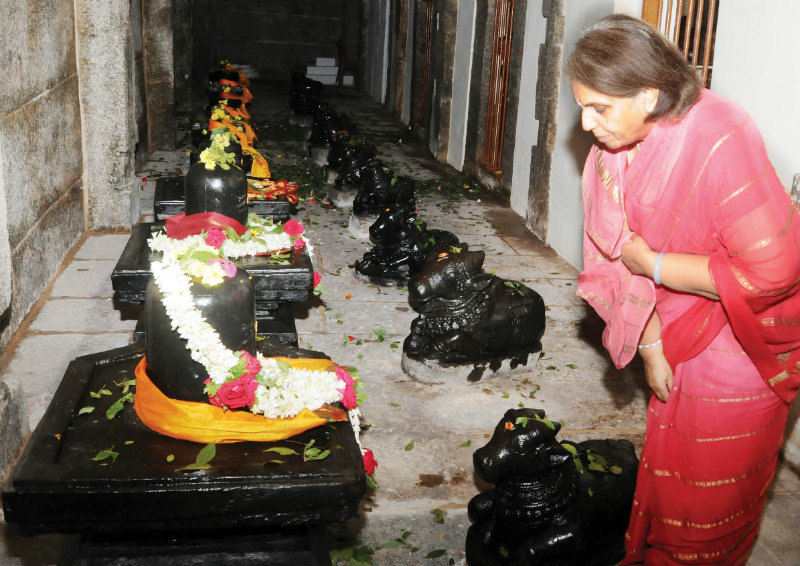 While the Srikanteshwara Temple in Nanjangud drew large crowds, there was similar rush at the Male Mahadeshwara Temple at M.M. Hills, Sri Chamarajeshwaraswamy temple at Chamarajanagar, and at Talakadu, which is known for its five Shiva temples (Sri Kshetra Vaideshwara, Sri Pathaleshwara, Sri Maruleshwara, Sri Arakeshwara and Sri Mudukuthore Mallikarjuneshwara).

Nanjangud, on the banks of the river Kapila, is famous as Dakshina Kashi and both tourists and pilgrims visit the temple round the year. But the crowd reaches unprecedented numbers during special occasions such as Mahashivaratri.

For a majority of the pilgrims visiting Nanjangud, the day is incomplete without a dip in the river Kapila, after which they make a rush to the sanctum sanctorum to catch a glimpse of the main deity, Srikanteshwara is also known as Nanjundeshwara. Special prayers and rituals were held at all the temples throughout the day, and chants of ‘Om Namah Shivaya, Rudra Chamakam’ rent the air.

At the Male Mahadeshwara Hill, the deity was anointed with oil (Yenne Majjana), on account of Shivaratri. Devotees took a holy dip at Antharagange and had darshan. The temple administration allowed direct darshan for the devotees who had taken out padayatra. Mass feeding was arranged to provide food for the devotees. 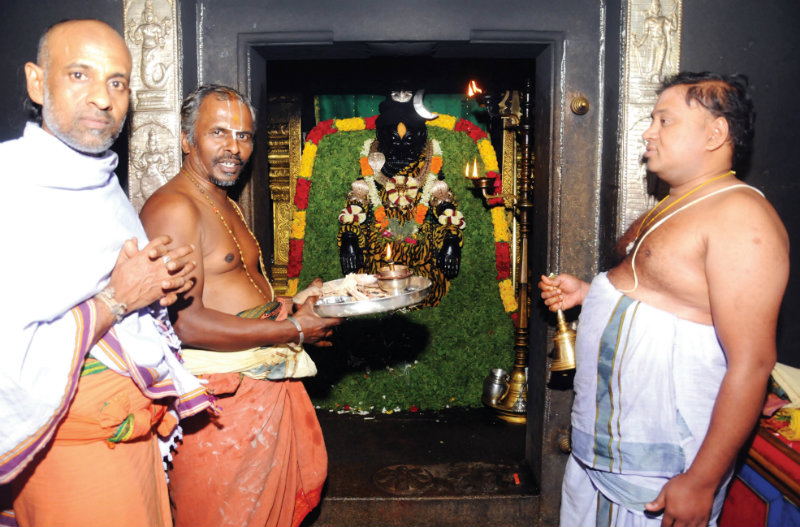 Special pujas were offered at Yoga Narashimaswamy temple in Vijayanagar. 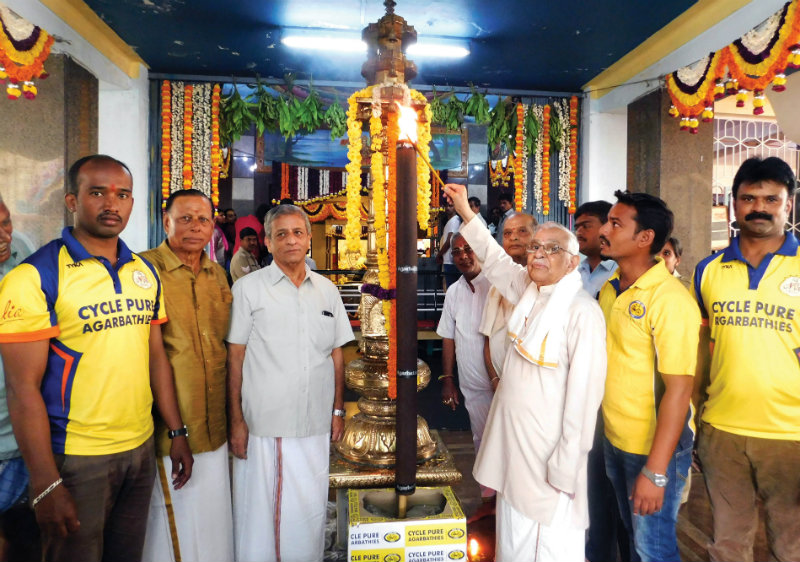 In Mysuru, it was done at Chandramouleshwara Temple, V.V. Mohalla, where temple Trustee K.V. Murthy lighted the agarbathi. Temple Treasurer Ranganathan, Trustee Krishna Murthy and executives of the company were present.

Speaking about the initiative, Arjun Ranga, Managing Director, Cycle Pure Agarbathies said, “Cycle Pure Agarbathies, has always endeavoured to spread happiness in the purest form of prayers. We are elated to celebrate the festival of Shivaratri with 108 temples across the State, as the number 108 has a great significance in our cultural history.”