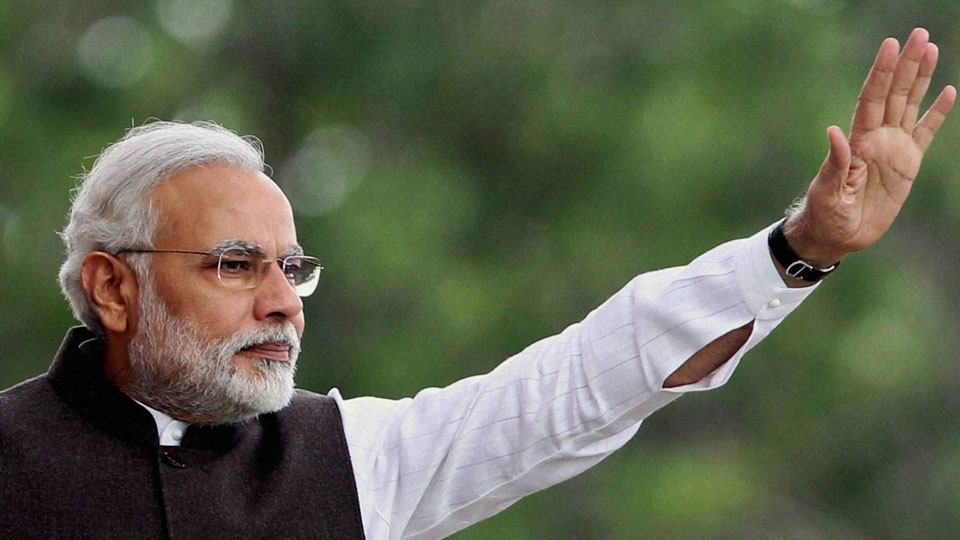 Mysuru: The Prime Minister’s special plane is scheduled to arrive at Mysore Airport in Mandakalli on the night of Feb.18 and his motorcade, comprising armoured BMW 7 Series Sedans, BMW X3, Special Protection Group, and Commando Force, will proceed towards Lalitha Mahal Palace Hotel. The PM will stay at the Hotel and on the morning of Feb.19, he will hold a video conference at the specially set up facility at the Hotel. The details of the participants of the conference is not available.

Later, the PM will depart to Shravanabelagola in a helicopter to take part in the ongoing 88th Mahamastakabhisheka of Lord Bahubali.

He will leave Shravanabelagola at 3 pm and his chopper is scheduled to land at J.K. Grounds at 3.30 pm. From there, PM will drive to the City Railway Station and after the inaugural ceremonies there, Modi will head towards Maharaja’s College Grounds where he will address a public rally. After the rally, the Prime Minister will leave for Bengaluru and from there, New Delhi the same day.