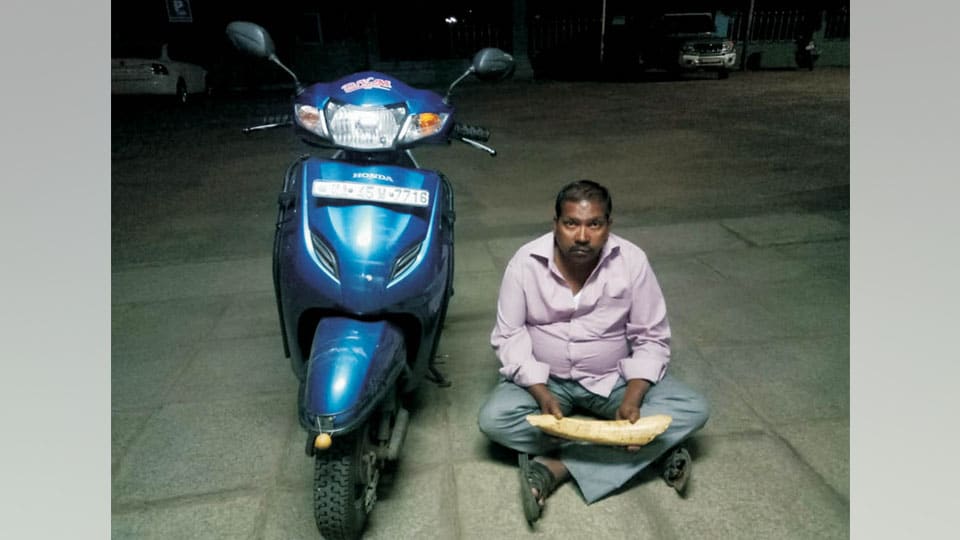 Man arrested while attempting to sell elephant tusk in city

Mysuru:  The Mysuru Forest Mobile Squad has arrested a person yesterday evening, while he was attempting to sell an elephant tusk at Subashnagar in city.

The Mobile Squad personnel  have recovered a tusk besides seizing the scooter used for the crime.

The accused has been identified as 39-year-old Shanoj Kumar, a resident of K.R. Nagar.

Following information that the accused was trying to sell a tusk along with another person at Subashnagar, the Forest Squad personnel raided the spot, arrested him,  recovered the tusk and seized the scooter (KA-45-W-7716) used for the crime.

The accused is a habitual offender and was involved in illegal transportation of leopard skin in Kumta Range of Honnavar Division and a FIR (No. 18473 dated 3-10-2018) has been filed against him.