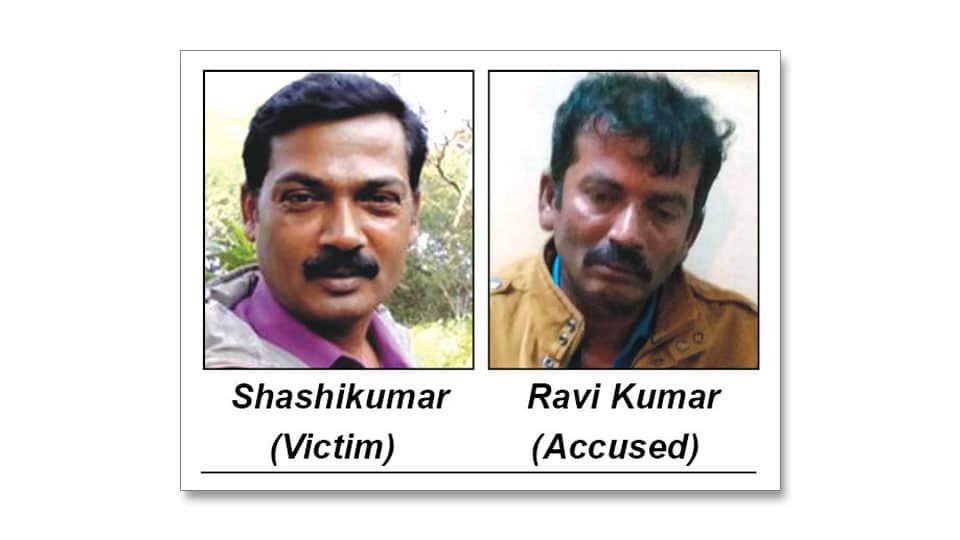 Mandya:  In a brutal murder, a 43-year-old man stabbed his elder brother to death over an alleged illicit affair at Kestur in Maddur taluk this morning.

The victim has been identified as Shashikumar (45), a BMTC Employee working at Bengaluru, while his younger brother Ravi Kumar has been arrested by the Police on charges of killing him.

The accused Ravi Kumar, a Forest Department employee, is said to have stabbed Shashikumar to death, as he suspected his elder brother of having an illicit affair with his (Ravi Kumar) wife.