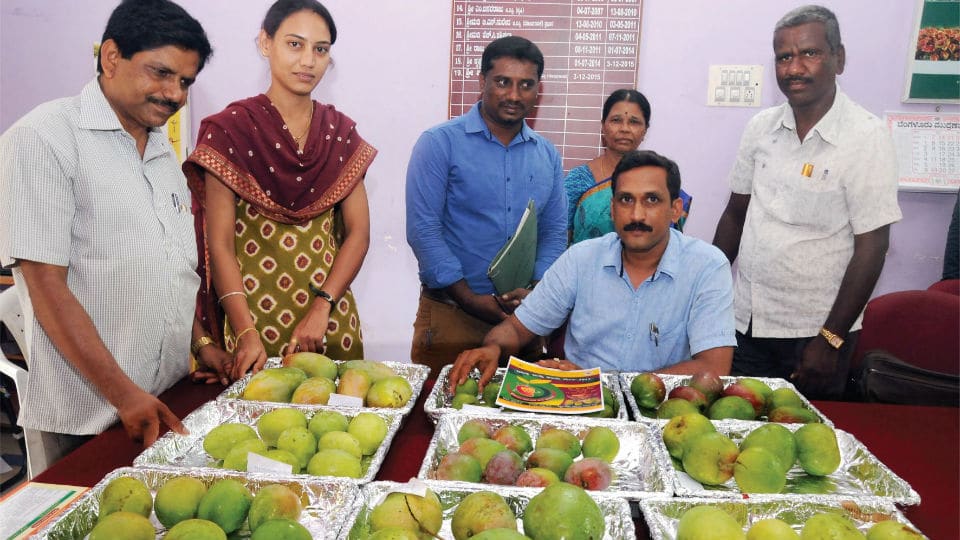 Mango and Jackfruit Mela at Curzon Park from tomorrow

Mysuru: The Karnataka State Mango Development and Marketing Corporation Ltd. and Mysuru Horticulture Department have jointly organised  Mango and Jackfruit Mela from May 17 to 23 at Curzon Park in city.

The Mela aims to provide a platform to the farmers from Mysuru, Channapatna, Ramanagaram and surrounding places.

The Mela will be inaugurated by District Minister Dr. H.C. Mahadevappa tomorrow at 11.30 am. Deputy Commissioner (DC) D. Randeep will be present.

Mysuru Horticulture Department Senior Assistant Director Dinesh Kumar, speaking to SOM said that more than 25 stalls have been put up at Curzon Park for the farmers to sell their produce and added that preference would be given to farmers from Mysuru, Ramanagaram and Channapatna regions. 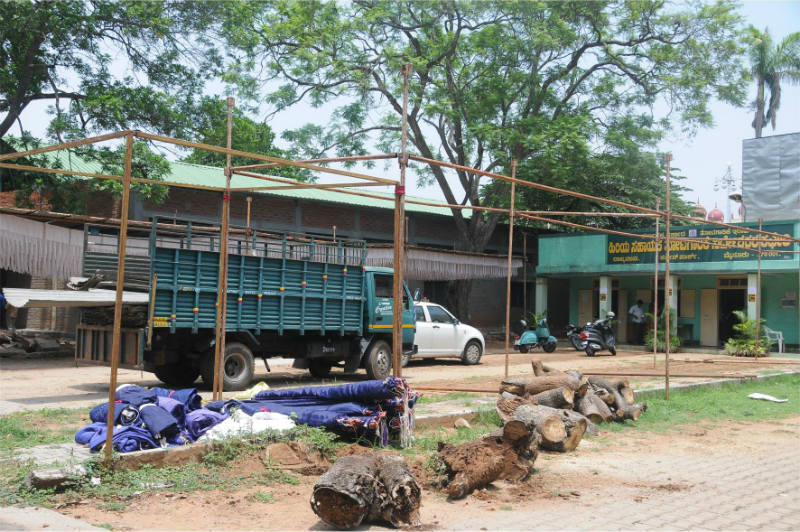 He said that mango varieties such as Rathnagiri, Alphonso, Badami, Raspuri, Mallika, Sindoora and Malgova among others grown by the farmers and ripened naturally without using the banned chemical Calcium Carbide and varieties of jackfruit would be sold by the farmers directly to customers at affordable prices at the venue.

Meanwhile, the month-long Mango Mela, organised by the Association of Fruit Merchants, Associates and Shop Tenants along with Agricultural Produce Marketing Committee (APMC) which began on May 10 at the APMC sub-yard on Sayyaji Rao Road is getting good response.

According to Attar Babu, President of the Association, the Mango Mela was witnessing  heavy rush during weekends.

He said that on last Sunday alone, 25 to 30 tonnes of Raspuri and Badami, three tonnes each of Mallika, Malgova and other varieties were sold.