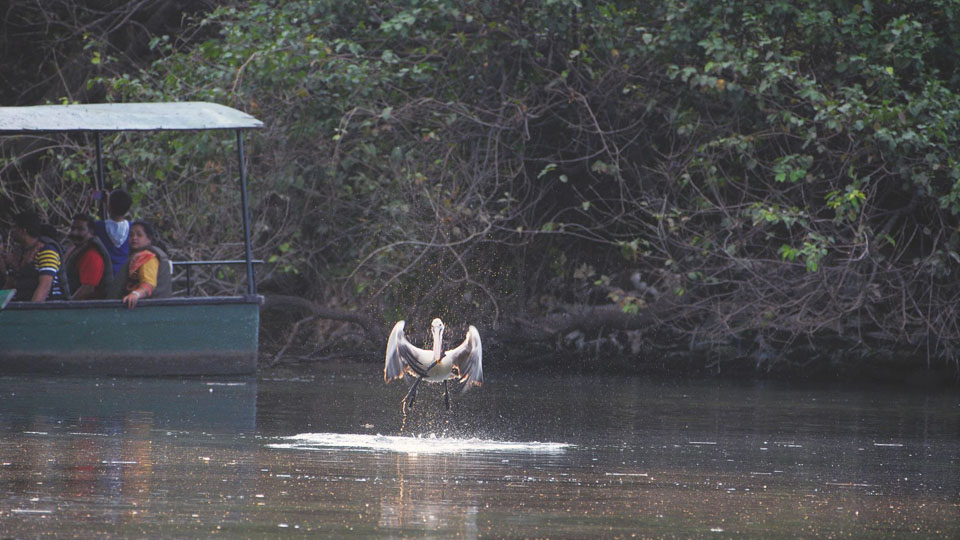 Spot-billed Pelicans are found in pairs or in solitary individuals, but they congregate in large numbers while nesting and parenting. Mysuru region hosts plenty of Pelican nesting sites. Ranganathittu   Bird Sanctuary being the most sought after nesting site by these locally migratory (moves from one source of food to the other) in the same region.

Pelicans prefer Riverine Islands with tree grooves to nest. Ranganathittu provides the ideal conditions for these birds to nest, and also to raise the young with aquatic based food available in the river and the surrounding lakes & swamps. Pelicans though squat and ungainly in physical appearance, they are very agile birds and can take off at the snap of a finger. It is a sight to watch them scoop down from the flight and pick up drifting twigs from the river waters to build their nests. They do it with such mastery, it is a wonder how they can control such flight maneuvers thigh a heavy bird. Such congregations of nesting Pelicans are referred in birding jargon as Pelicanries. 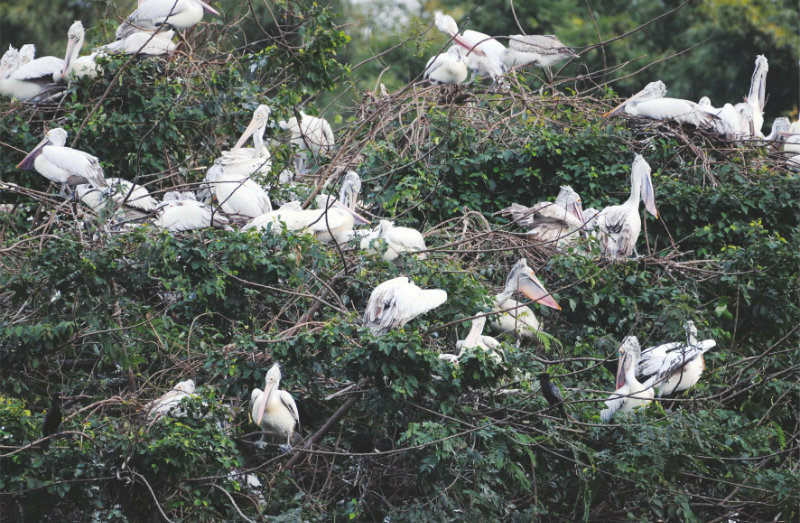 Another marvel is the usually solitary birds, which mate for life, are so tolerant of each other in their nesting sites. Pelicans are the most diverse in their feeding habits. From baby snakes to chicks of other birds, whole ducks of the smaller duck species are swallowed, They are the Pirates of the Bird World. They are known to steal the prey of other birds, Cormorants being their main targets and victims. The Pelican’s specialty is the Highly Stretchable Skin Pouch they have below their lower mandible. This is called the “Gular Pouch,” a highly specialised type of food holding sac.

READ ALSO  ‘The King of Kings’

A Marvellous Bird which is being threatened of existence, owing to Habitat destruction.