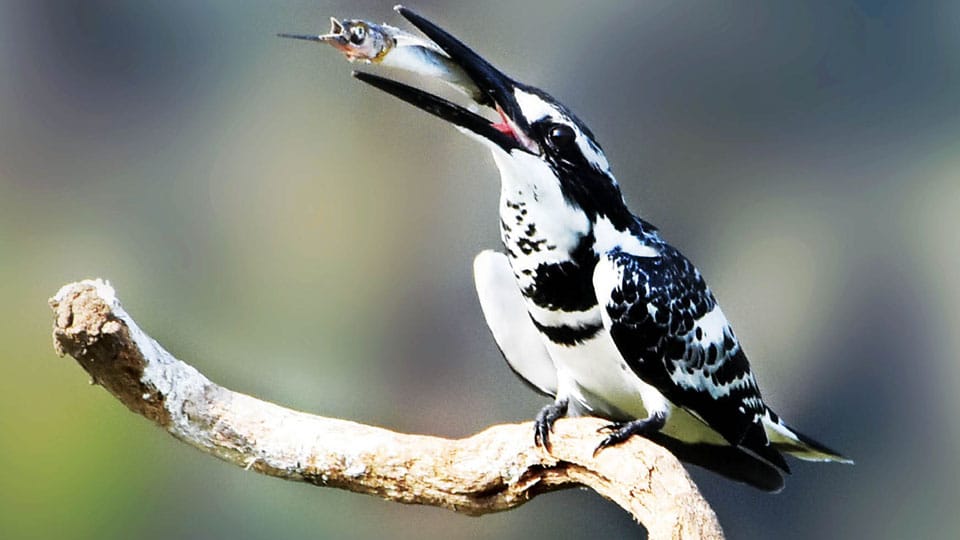 The Pied Kingfisher – Ceryle rudis, as it is called in Ornithology, is a Real King of all the Kingfishers. As the name suggests, Kingfishers are masters at hunting fish. There are in all about 90 species of Kingfishers, out of which 12 are found in India and 8 are found in South India and in Karnataka; The Pied Kingfisher is the only Kingfisher with only black-white colours. Though both male and female look the same in colour and features, there is a distinct difference between the sexes — the male having a double breast-band of black colour, the female with one single black breast-band broken and open at the centre. The bird in the image is a male, his double black breast-band can be seen.