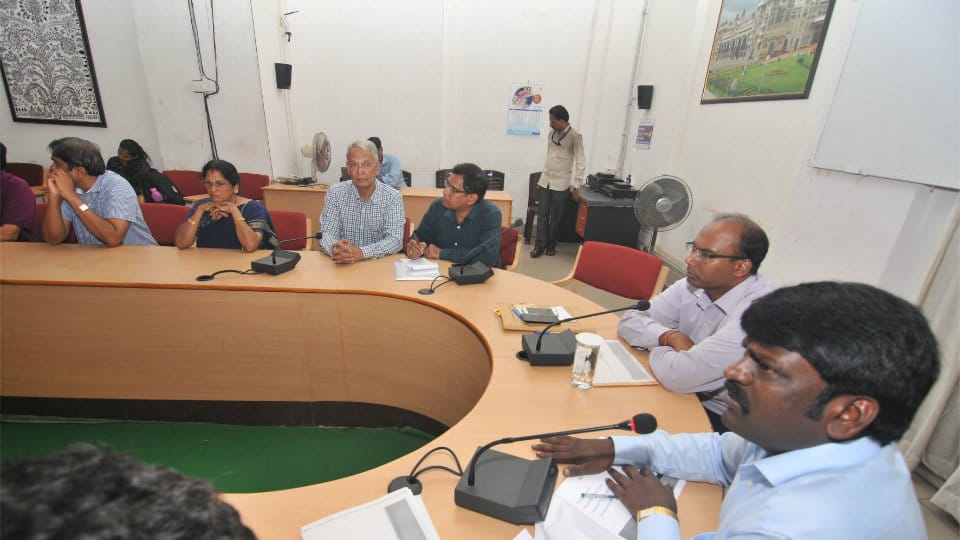 Mysuru: A Master Plan to evolve a ‘Green Mysuru’ in the next five years by planting saplings by roadside and on pavements and nurturing them has been made ready. This is a far-sighted project envisaged by the Forest Department. The final shape for the Master Plan has been given by DCF Dr. Hanumanthappa.

At a recent meeting on making the city greener, chaired by DC D. Randeep, at his office here, Dr. Hanumanthappa explained the project report he has prepared through a power point presentation. He said that the project could be implemented by bifurcating the city as within the Ring Road and outside the Ring Road. The project methodically identifies prominent roads, parks, organisations, industries and vacant places in residential areas where suitable saplings could be planted by seeking the co-operation of MCC, MUDA and local organisations.

Stating that a Foundation should be formed to accomplish the mission, he added that till then, the Forest Department would take the responsibility of implementing the project. He felt that a website and mobile app should be launched for effective implementation of the project.

The responsibility of nurturing saplings on a road for a specific period could be given to interested public, Dr. Hanumanthappa said and added that public would also be given an opportunity to plant saplings at areas identified by the Department.