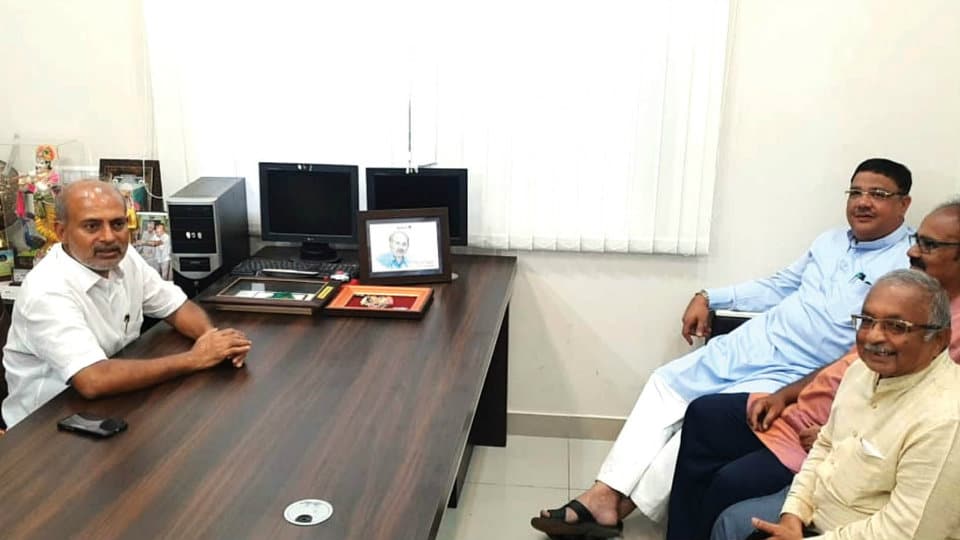 Mysuru: With just a day left for the Mayoral election, the contest to occupy the top post in the Mysuru City Corporation (MCC) Council has intensified with neither Congress nor the JD(S), which have forged a post-poll alliance to take control of the urban local body, willing to relinquish their claim to the Mayor’s post.

The election is scheduled to be held tomorrow (Nov. 17) at 11.30 am at Nalwadi Krishnaraja Wadiyar auditorium at MCC premises.  Nominations will be filed between 7 am and 9 am at the Office of Additional Deputy Commissioner (ADC) in the ground floor of the MCC building.

The nominations will be received by ADC T. Yogesh and will be handed over to Excise Commissioner V. Yashwanth, who is the in-charge Regional Commissioner and Mayoral Election Polling and Returning Officer. Officers and voters will assemble at Nalwadi Krishnaraja Wadiyar auditorium at 11.30 am and after taking attendance, oath of office will be administered to the newly-elected Corporators. The election will be held later.

The Congress seems to be asserting its position as the single largest party within the coalition by staking a claim for the Mayor’s post. The Congress leaders’ argument is that the party does not have even a single Minister from the region. Not to be left behind, even JD(S) has staked claim for the Mayor’s post as it has the experience of governing the city since the last five years.

Also JD(S) leaders have conveyed to the Congress that they had ‘given away’ the Mayor’s post in Bruhat Bengaluru Mahanagara Palike and Tumakuru City Corporation to Congress and the Mysuru Mayor’s post must be given to the JD(S).

While former Minister and Narasimharaja MLA Tanveer Sait from the Congress visited Tourism Minister S.R. Mahesh’s office on Rama Vilas Road this morning to seek support for a Congress Mayor, the JD(S) Corporators have left Mysuru to Eagleton Resort at Bidadi to prevent rival parties from  poaching them. 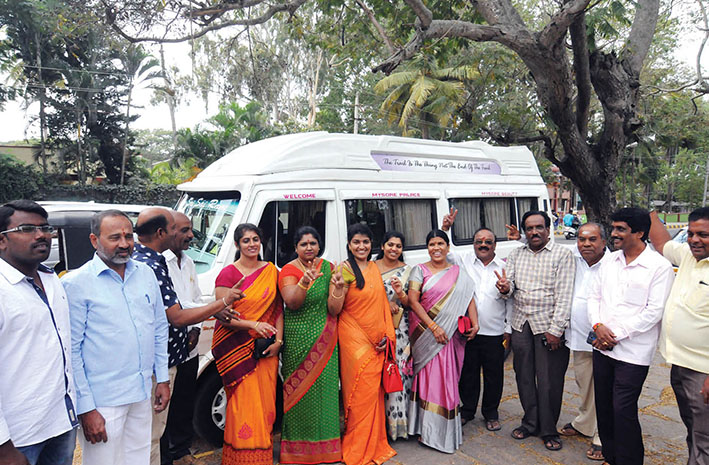 They will stay at the resort overnight and come directly to the election venue tomorrow.

The mood in the Congress camp is upbeat and the party has claimed that it had bagged the support of four independents. Last evening, senior leaders of the JD(S) including Mysuru District Minister G.T. Devegowda, Minister S.R. Mahesh, former Mayor M.J. Ravikumar, JD(S) Mysuru City Unit President K.T. Cheluvegowda and other leaders held a meeting to discuss the party strategy.

Top leaders to take a call

At the meeting, Devegowda informed that Chief Minister H.D. Kumaraswamy would take a decision on the Mayor and Deputy Mayor’s positions. On their part, Congress leaders including Rural Development Minister Krishna Bhyregowda (who has been appointed by the Congress as MCC Election Observer), KPCC President Dinesh Gundu Rao, MLA Tanveer Sait and City Congress President R. Murthy are meeting at Hotel Le Ruchi today afternoon.

The decision of the meeting (probable names of Mayor and Deputy Mayor) will be conveyed to former CM Siddharamaiah who is also the JD(S)-Congress Coordination Committee Chairman who in turn will take it up with CM Kumaraswamy and JD(S) Supremo and former PM H.D. Deve Gowda in Bengaluru tonight. Siddharamaiah, Kumaraswamy and Deve Gowda are expected to take a final call on the Mayoral candidates.

The term of the previous MCC Council came to an end on Sept. 4 and the fresh election was held on Aug. 31 and the results were declared on Sept. 3. However, Mayoral election was delayed due to various reasons. While the Mayor’s post is reserved for general category woman, Deputy Mayor’s post is reserved for Backward Classes A (BCM-A). The coalition is necessitated as no party has won a simple majority.

READ ALSO  BJP set to sweep UP after 15 years

In the 65-member Council, Congress won 19 seats, JD(S) 18 and BJP won 22 seats. There are five independents and one seat has been bagged by the BSP. Following the delimitation of wards and change in quota, almost 50% of the Corporators are women — 32 out of 65.

For the Mayoral polls, the Congress (19 seats) will have 21 votes (one MLA Tanveer Sait and one MLC R. Dharmasena) and the JD(S) (18 seats) will have 22 votes (Minister G.T. Devegowda, MLCs Marithibbegowda, Sandesh Nagaraj and K.T. Srikantegowda). The BJP (22 seats) will have 24 votes (MP Pratap Simha, MLAs S.A. Ramdas and L. Nagendra).

From the JD(S) camp, Corporators Prema Shankaregowda, Ashwini Ananthu, Lakshmi Shivanna, Bhagya Madesh and Rukmini Madegowda are the top contenders for the Mayor’s post. Among them, the final names that are likely to be shortlisted are Prema Shankaregowda, Ashwini Ananthu, and Lakshmi Shivanna considering their terms in the Corporation and their stint and loyalty to the party.

From the Congress camp, Pushpalatha Jagannath and Shobha Sunil are the top contenders for the Mayor’s post. Sources in Congress and JD(S) told Star of Mysore that all the contenders are vying only for the coveted Mayor’s post and they are not too keen on Deputy Mayor’s post.