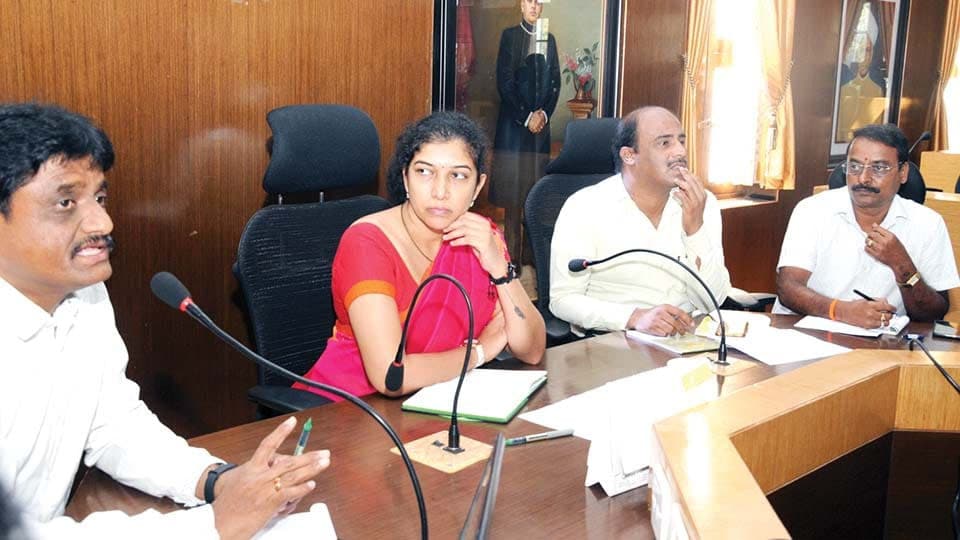 Chairing her first meeting after taking over as the new MCC Commissioner, Shilpa Nag yesterday instructed for setting up a system in the City Planning Section at MCC, where the public can apply online for getting approval of building plans.

After getting inputs from the officials on revenue generated by the MCC through tax collections and the money required under various heads, she underlined the need for streamlining of revenue earnings and to find ways to address the issues concerning the city.

Pointing out that as summer was fast approaching, the MCC needs to gear up for tackling possible water crisis, Shilpa Nag  directed the officials to expedite all ongoing civil works in city and focus more on providing better civic amenities such as UGD, streetlights etc.

The officials apprised Shilpa Nag on the status of Lansdowne and Devaraja Market buildings, which the MCC has decided to raze.

Calling for quick disposal of the files, the MCC Commissioner said with LS Polls fast approaching, the officials should get prepared with all statistics pertaining to poll preparations.