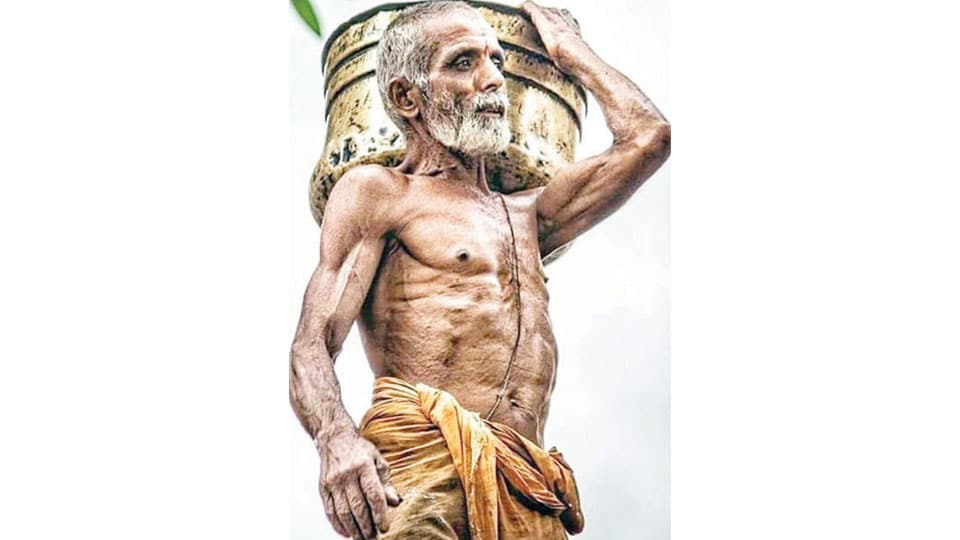 Melukote: Ramaswamy Iyengar (75), popularly called as ‘Melukote Bahubali,’ passed away due to brief illness in Bengaluru on Monday evening.

People are familiar with Ramaswamy, who effortlessly climbed the Yoga Narasimhaswamy Hill, carrying around 40 litres of water in a large utensil from the temple pond.

He was rearing native cattle and was well-known for preparing puliyogare and sweet pongal. He had actively taken part in the recently held Rajagopura Kalasa Pratishtapane.

According to family, Ramaswamy, who had never fallen sick and was doing the religious services at the Hill temple, sustained injuries due to a slip at his house. Incidentally, he passed away on Souramana Narasimha Jayanti day itself.

Last rites were perfomed according to the tradition of Sri Cheluvanarayanaswamy and Sri Yoganarasimhaswamy Temple at Melukote on Tuesday.