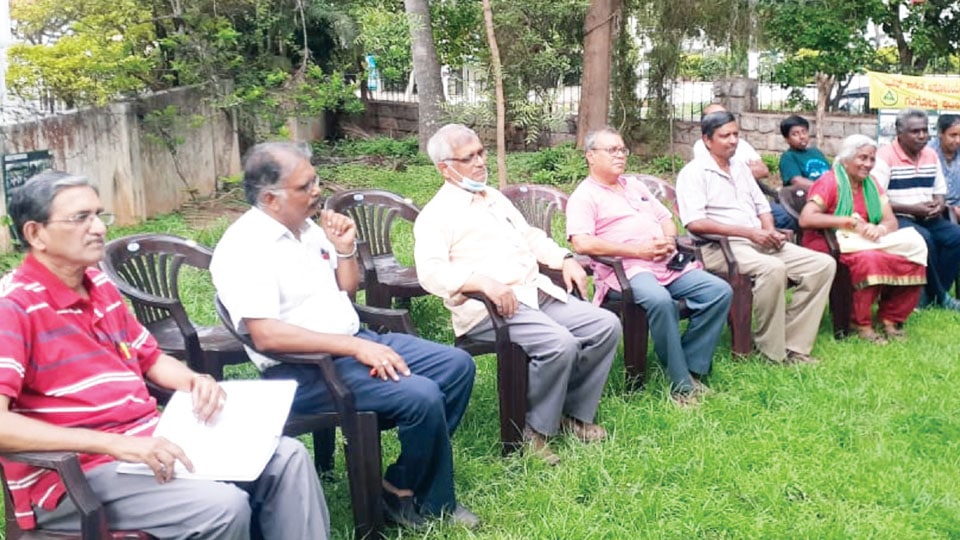 Mysore/Mysuru: Conservation of nature must be undertaken with a great amount of zeal and NGOs like Mysore Grahakara Parishat (MGP) and Youth Hostels Association of India (YHAI), Mysuru, play an important role in safeguarding the environment and retaining it for the future generations.

With this background, the MGP, as part of its monthly awareness and interaction programme, invited senior members of the YHAI to speak about its various activities including trekking, cycling, family group camps, conservation and awareness to name a few.

Jagadish, a retired official from BEML and a senior YHAI member, traced the history of YHAI from its inception and said that the Mysuru Unit has been doing yeoman service to the student community and visitors both Indians and foreigners by providing the best accommodation at affordable cost.

The YHAI has also been conducting trekking, walkathons, cycling and nature awareness camps to children, family group camps, adventure trips and mountaineering camps with multilingual persons as members from all over the country, he said.

The members in YHAI include doctors, engineers, professors, bankers and other professionals, which is a nest for all kinds of social activities including health camps for tribals, he added.

Dr. Chandrashekar from Vidya Vikas Engineering College, another senior volunteer, an Automobile Engineer by profession, narrated his experience of taking children to Himalayas and trekking in deserts of Rajasthan. As a member of YHAI for almost 40 years, he has participated in several adventure camps and enjoyed the company.

Gopamma, aged around 71 years, a retired official from Co-operative Department and a senior member of YHAI, says her age is no bar for her adventurous visits. She has visited Amarnath thrice so far and has rich knowledge about the nature and how to conserve nature.

Satish, another member from YHAI also spoke. In their interaction, many members admired the activities of YHAI while others showed keen interest in becoming members.