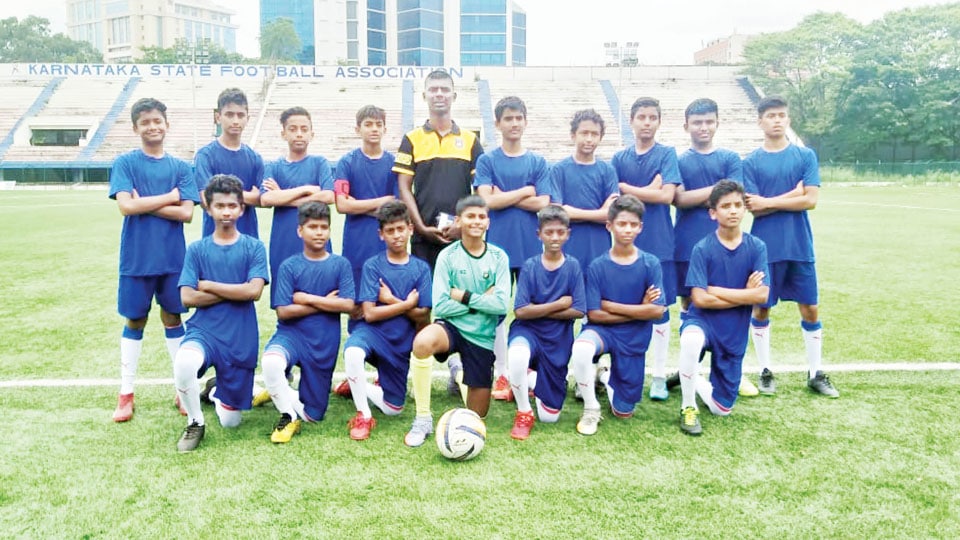 Mysuru U-14 football team finished runners-up in the Mini Olympics Games which was held at Bengaluru Football Stadium recently.

In the first match, Mysuru beat Vijayapura district with an impressive scoreline of  13-0. The second match was a nail-biting contest against Belagavi  where Mysuru scored a last minute equaliser and secured a well-deserved 2-2 draw. In the third and final league match, Mysuru finished with an massive scoreline of 7-0 against Uttara Kannada.

Mysuru topped their group on superior Goal difference and qualified for the final. In the final, Mysuru lost to Bengaluru in which the scoreline read 0-5.

The team was coached by Praveen Raju who is also the Technical Director of Vijayanagar Football Academy and an Asian Football Confederation ‘C’ License holder.