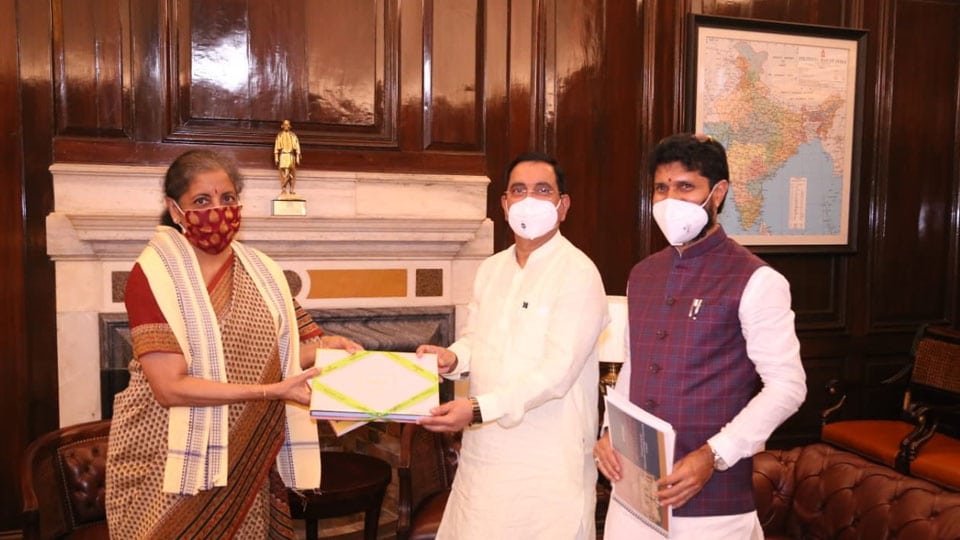 New Delhi: With Mysuru known as the cultural capital of Karnataka and also for its rich heritage, the State’s Kannada and Culture Minister C.T. Ravi has appealed the Union Government to set up an Indian Heritage Conservation Varsity declared in this year’s Union Budget, at Mysuru.

Ravi, who met Union Finance Minister Nirmala Sitharaman at New Delhi on Tuesday, presented her a memorandum seeking to establish the University at Mysuru, befitting the status of the city as the cultural and heritage capital of Karnataka.

Pointing out that Mysuru is a very prominent tourist destination in South India, with thousands of tourists, both domestic and International, visiting the city everyday, Ravi said that the State Government was willing to extend whatever help required, including allotment of land, for the establishment of the varsity in Mysuru.

Maintaining that the setting up of the Varsity in Mysuru will also benefit other South Indian States, Ravi argued that Mysuru, which is the land of Palaces and Parks, is the ideal place for the University.

Noting that Mysuru also hosts the world famous Dasara every year, Ravi said that Mysuru epitomises the cultural glory of the State with its innumerable number of heritage structures and as such, the Union Government should seriously consider the establishment of Heritage Conservation University in Mysuru.

Also, the city has enough land in serene surroundings for location of the University, he added.