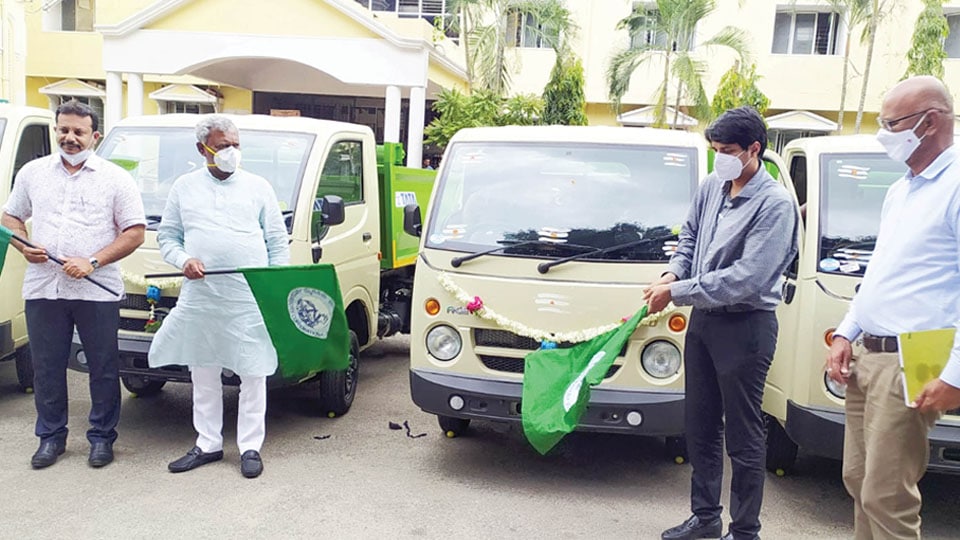 At a function held in the MCC premises here recently, he showed green flag to mark launching of the garbage collecting auto tippers. Speaking on the occasion, the Minister said introduction of new vehicles would help in effective collection of garbage. Pourakarmikas work hard every morning to keep the city neat and clean. This city has bagged the ‘cleanest city’ award due to efforts of Pourakarmikas. Clean environment attracts tourist to city in large numbers, he said.

Somashekar said several steps have been taken by the State Government for maintaining cleanliness in Mysuru City. The MCC staff and the Corporators were working honestly towards achieving this, he added.