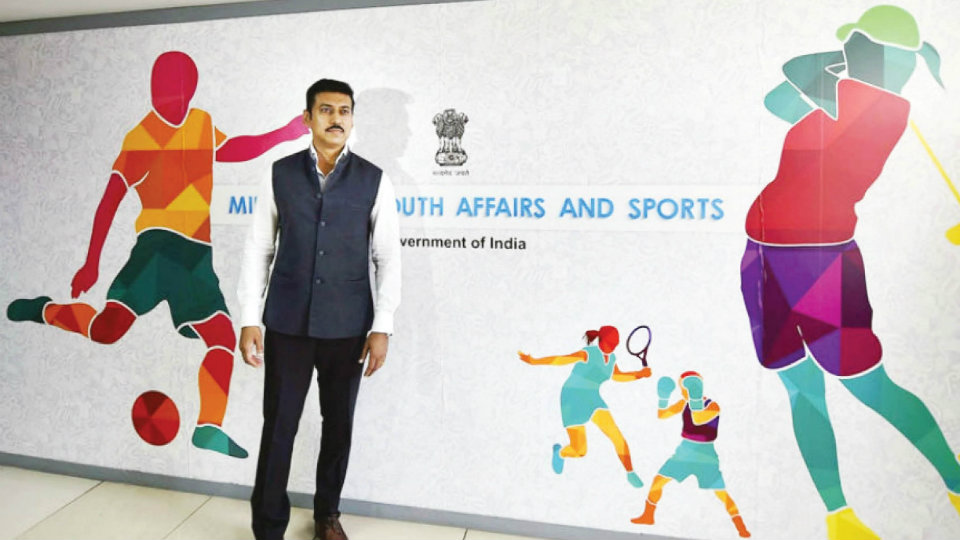 The Sports Ministry yesterday said it will bear the cost of kits and uniforms of the Asian Games-bound athletes, whose Federations are not affiliated to the Indian Olympic Association (IOA), after the IOA refused to cover these expenses.

“NO team participating in #AsianGames2018 will have to bear the expenses of kit & uniform by themselves I have directed @IndiaSports @Media_SAI to issue kits and apparel to EVERY team representing India,” Sports Minister Rajyavardhan Singh Rathore tweeted.

Earlier, the IOA Secretary General Rajeev Mehta said expenses of the ceremonial dress and playing kits of the athletes do not come from its coffers. He claimed that cost will be borne by the sponsors who have signed a contract with  it to deal with only the affiliated Federations.

He said the IOA cannot force the sponsors Li Ning (apparel) and Raymond (ceremonial dress) to also take care of those athletes, who are from non-affiliated federations. Mehta said IOA has never foot the bill of ceremonial dress and playing kits of the athletes in the past also as the Sports Ministry bears these expenses for the whole contingent (for athletes of both IOA affiliated and non-affiliated federations).

“We are sending more than 540 athletes and more than 200 officials and the expenses for their attire run into crores and IOA has limited resources. So we signed these contracts with the sponsors but they cover only the players of the federations affiliated to the IOA and not outside it,” Mehta told.