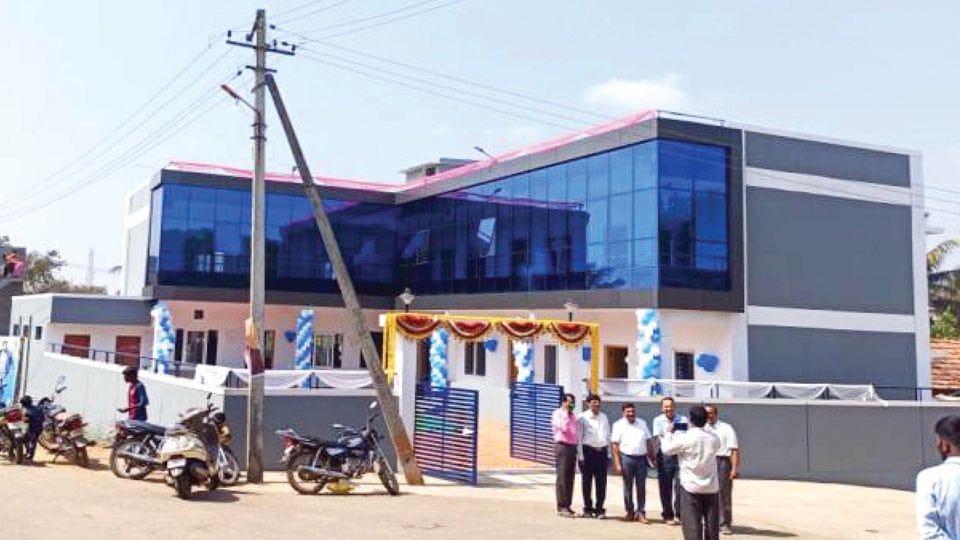 Nanjangud: Nanjangud MLA B. Harshavardhan on Tuesday inaugurated the newly built Hi-tech Government School building at Kallahalli in the taluk.

Speaking on the occasion, he said that Kallahalli Government Primary School building has been constructed by Nanjangud’s Jubilant Generics Limited  at a cost of Rs.1.40 crore out of CSR funds. The school building has 11 class rooms, a dining hall, a  full-fledged Science Laboratory and smart class rooms, among other facilities.

Noting that Jubilant factory used to run a Primary Health Centre (PHC) at Kallahali, which was however shut down after some time, he said that following request from villagers, he has directed the factory authorities to continue the PHC.

Jubilant Generics Officer Subramanya said that the factory has engaged itself in Educational, Livelihood, Rural development and Health sectors, thus serving the society. Noting that initially the factory had planned to construct only one classroom at a cost of Rs.8 lakh, Harshavardhan said that now, 11 class rooms and other facilities have been built at a cost of Rs.1.40 crore.