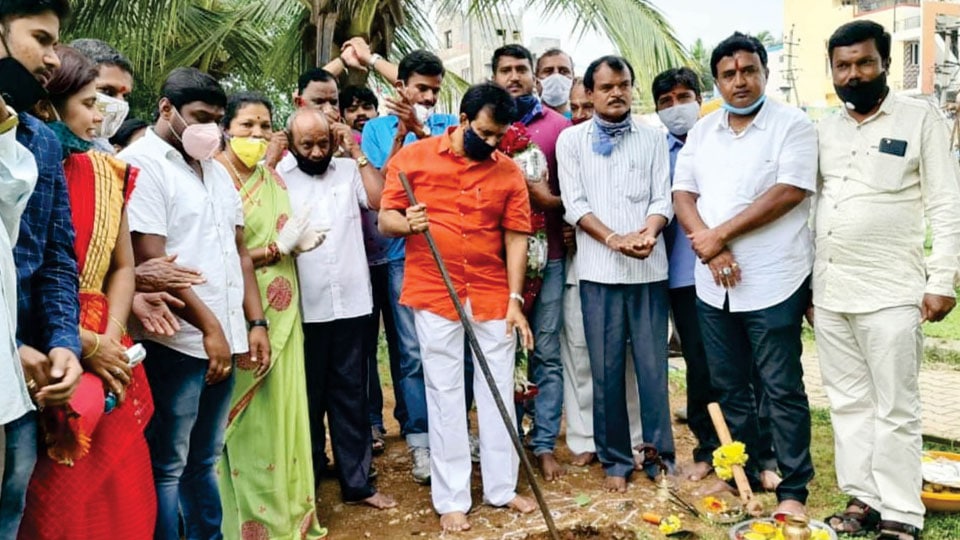 Mysore/Mysuru: Chamaraja Constituency MLA L. Nagendra yesterday launched the development works of two parks at a total cost of Rs. 20 lakh from the MLA’s fund at his constituency on Sunday.

The MLA launched the development works of the two parks — one in front of Mahalakshmi Sweets and the other in front of Umamaheshwari Temple — in Ward No. 2 by performing guddali puja.

Speaking on the occasion, Nagendra said that if more funds were needed for the development of the two parks, he would release the same from the MLA Area Development Fund and added that funds would also be released to take up necessary development works in the Ward.