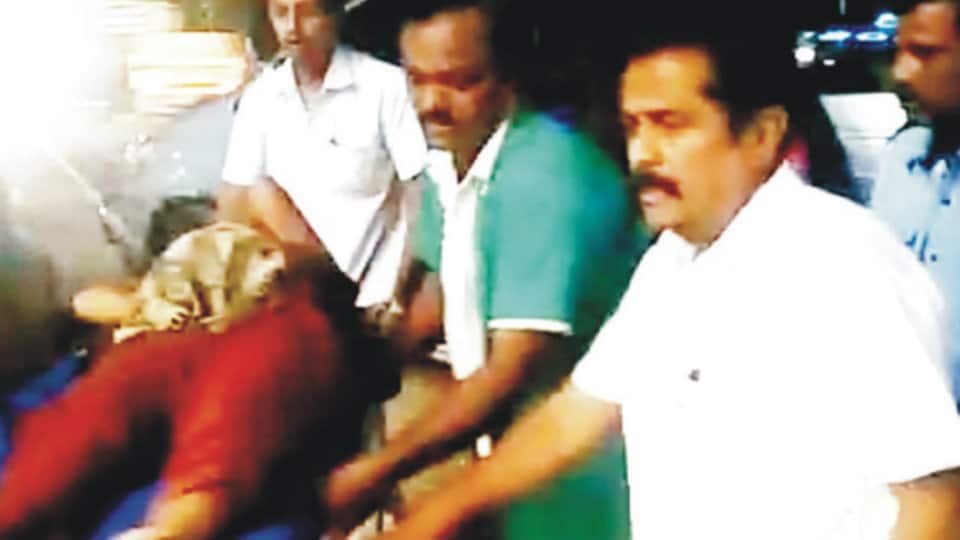 Krishnaraja MLA M.K. Somashekar, on Saturday played a good Samaritan by shifting a woman in advanced stage of pregnancy to a hospital in his car.

The MLA was going in his car to attend a pre-scheduled programme at about 9 pm, when he spotted a crowd at Chamaraja Double Road. The crowd had gathered following a road mishap, in which a 32-year-old pregnant woman Kavya, a resident of Kuvempunagar, her 3-year-old child and a friend lied on the road writhing in pain, after an unidentified vehicle had hit the two-wheeler in which the trio were travelling.

Even as people in the crowd, instead of shifting the injured to an hospital, got busy in buying ration at a Fair Price Shop in the neighbourhood, the Legislator, who noticed Kavya, writhing in pain, wasted no time in shifting her in his car to a hospital with the help of his gunman Mahesh Kumar.

Following the incident, Somashekar, regretting the tendency to video record the accident spot on their cell phones or simply watch, has appealed the public to immediately rush the road mishap victims to a nearby hospital.

It may be recalled that Somashekar had played good Samaritan earlier too, when on a morning jog to the foot of Chamundi Hill a few months ago, he shifted a road mishap victim to a nearby hospital, thus saving his life.