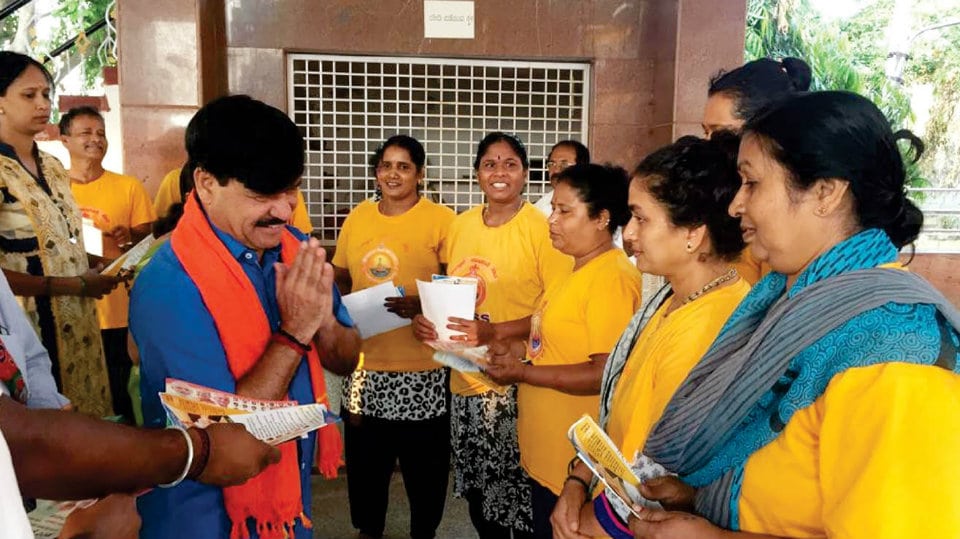 Mysuru: Krishnaraja Constituency MLA S.A. Ramdas campaigned for BJP LS candidate Pratap Simha at Viveku Park in Alanahalli and interacted with the morning walkers yesterday. He distributed pamphlets to people highlighting the achievements in the country under Narendra Modi as Prime Minister. He also visited a few houses near the Park.

When Ramdas asked a flower vendor as to whom she would vote, she promptly said that she being a flower seller would obviously vote for the candidate with a flower symbol.

Most of the yoga enthusiasts at the Park voiced support for BJP.

Ramdas was impressed when a local resident told that he and his family members had postponed their visit to Australia from Arp.18 to Apr.21 to facilitate voting for BJP on Apr.18.