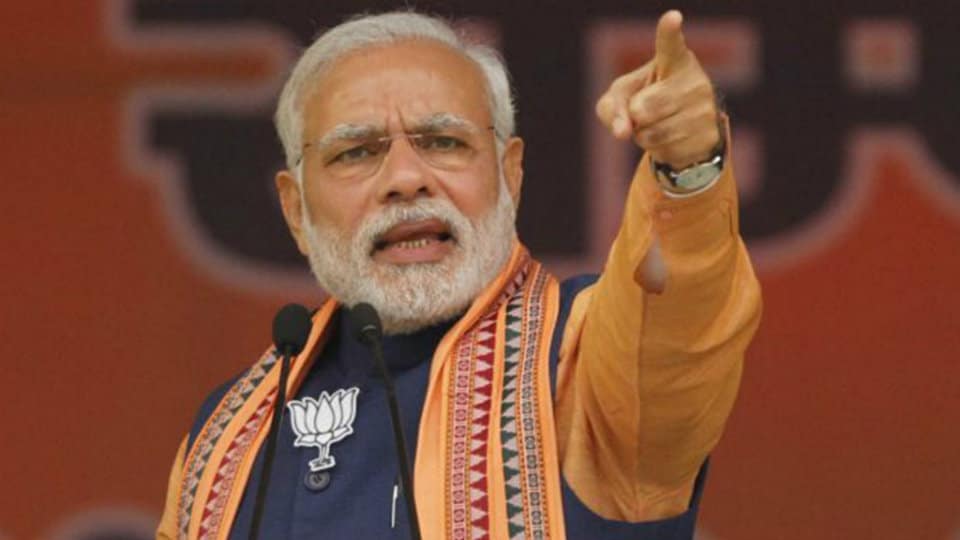 Bengaluru: The Karnataka BJP will take out Parivarthana Yatra across the State from Nov.1, accusing the State Congress Government of rampant corruption, maladministration and failure to maintain Law and Order.

Prime Minister Narendra Modi will launch the Yatra at Bengaluru on Nov.1, in the presence of BJP National President Amit Shah and other top party leaders.

The BJP leaders have considered Bengaluru as a lucky venue, because a huge crowd had gathered at the sprawling Palace Grounds in 2014 when Modi addressed an election campaign ahead of the 2014 Lok Sabha polls, which catapulted BJP to power. The decision to launch the Yatra was taken at the State BJP Core Committee meeting held at  Amit Shah’s residence in New Delhi last Saturday.

Narendra Modi Parivarthana Yatra
‘Congress to concentrate on decentralisation of power’
In BJP, positions are decided on merit, not on surname: Piyush Goyal