Home » News » Modi should be Prime Minister for some more years: Yaduveer Wadiyar 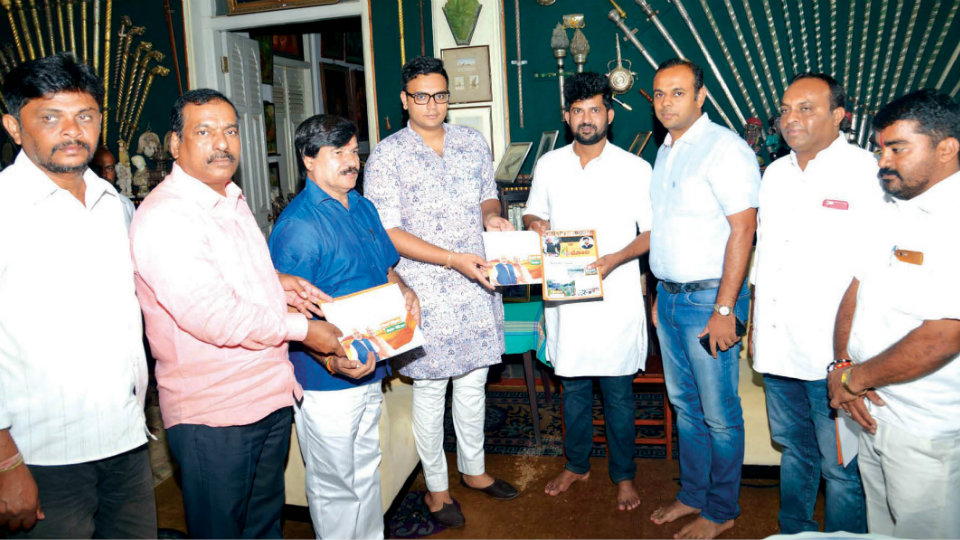 Modi should be Prime Minister for some more years: Yaduveer Wadiyar

Mysuru: Lauding Prime Minister Narendra Modi’s Governance, the titular head of Mysuru royal family Yaduveer Krishnadatta Chamaraja Wadiyar has said that five years was not enough for the Government to complete its development programmes and more time was needed for the PM to ensure that his vision is executed in toto.

Receiving a booklet on the achievements of the Modi Government during the last four years from Mysuru-Kodagu MP Pratap Simha at Mysore Palace yesterday, Yaduveer maintained that good work should be supported.

Extolling PM Modi and his Government, Yaduveer said that the Centre had done good work and needs a few more terms to complete the flagship programmes  it has initiated.

MP Pratap Simha also presented Yaduveer a booklet on his own achievements as a Member of Parliament. The book, titled ‘Modi  Mysurige Kottidhenu, Pratap Simha Tandhadenu,’ details of all the programmes initiated by the NDA Government for the development of Mysuru.

Simha said that Mysuru district has been sanctioned Rs.11,000 crore after Modi came to power at the Centre and added that no other district in the State has got as much funds as Mysuru.

Yesterday, it was Yaduveer’s turn to laud Prime Minister Modi after noted novelist Dr. S.L. Bhyrappa recently heaped praises on the Prime Minister and favoured his return to power in the upcoming Lok Sabha Polls.

State BJP Secretary M. Rajendra, MLA S.A. Ramdas and others were present during the occasion.