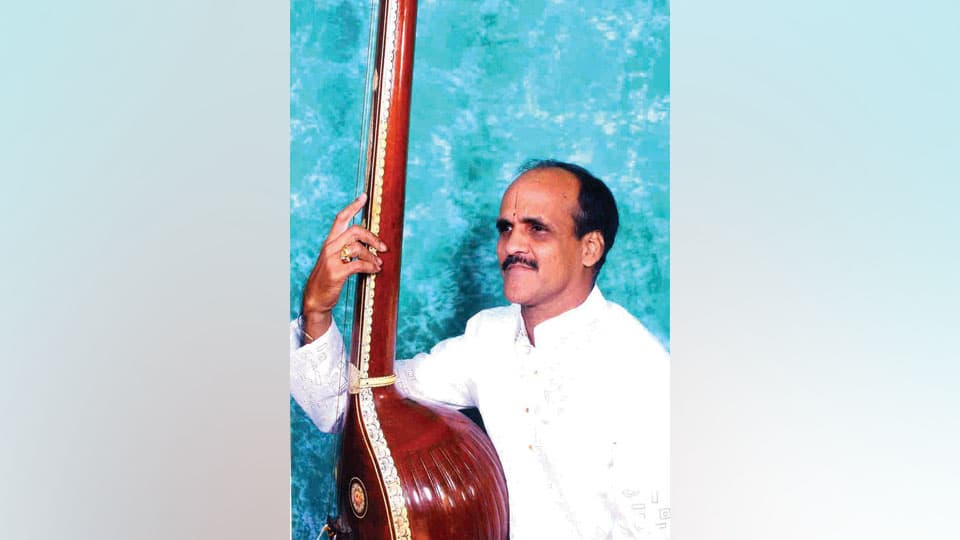 He will be accompanied by Vid. Mathur R. Srinidhi on violin, Vid. G. S. Ramanujam on mridanga and Vid. V. S. Ramesh on morching.

Profile: Vid. Koviladi R. Madhwaprasad hails from a family of musicians. He is the son and disciple of famous Harikatha Vidwan of Tamil Nadu Koviladi Rangarajan.  Being a performing vocalist and a mridanga artiste, he is an ‘A’ and A Top grade artiste of AIR in both respectively.

He is a disciple of Vid. Kanadukanth P. Malaiyappa Iyer in mridanga. Having performed in India and abroad, great artistes like Vid. T. K. Murthy, Vid. Srimushnam Rajarao and Vid. Trichy Surendran have accompanied him.  He has also accompanied stalwarts like Vid. S. Ramanathan, Vid. N. Ramani and Vid. Sheshagopalan.

He has received awards from Madras Music Academy and Krishna Gana Sabha  among others. He is also an Asthana Vidwan of Kanchi Kamakoti Peetam and Ahobila Mutt.