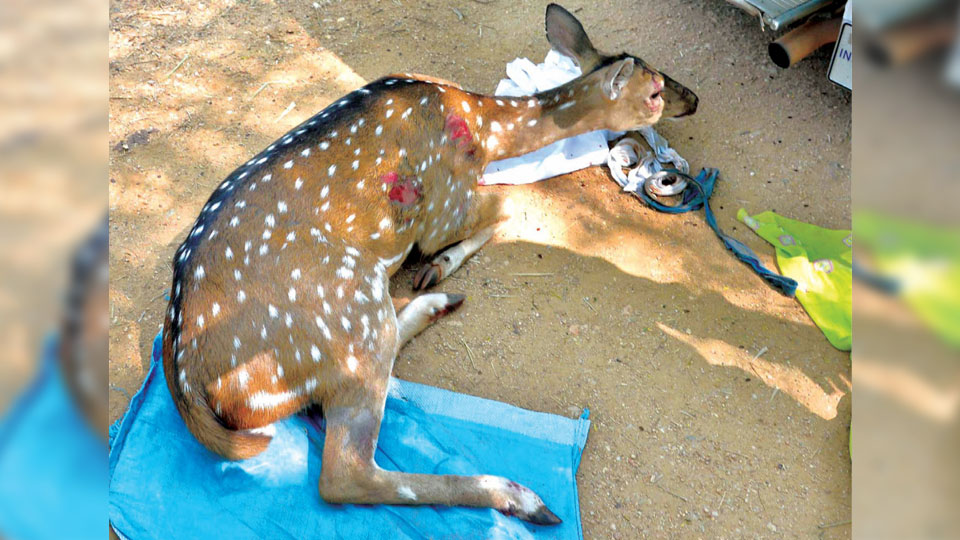 Mysuru: Morning walkers in the Lingambudhi Park this morning rescued a deer which suffered injuries as it panicked and tried to jump the iron grills of the park.

The Forest Department personnel later got the deer treated by the Zoo Veterinarian and released it into Lingambudhi Forest.

It is reported that many deer stray into Lingambudhi Park in search of water from the nearby Lingambudhi Forest area and even this morning many deer had entered the park. One of the deer, which was injured on its head, was bleeding profusely and was unable to move. 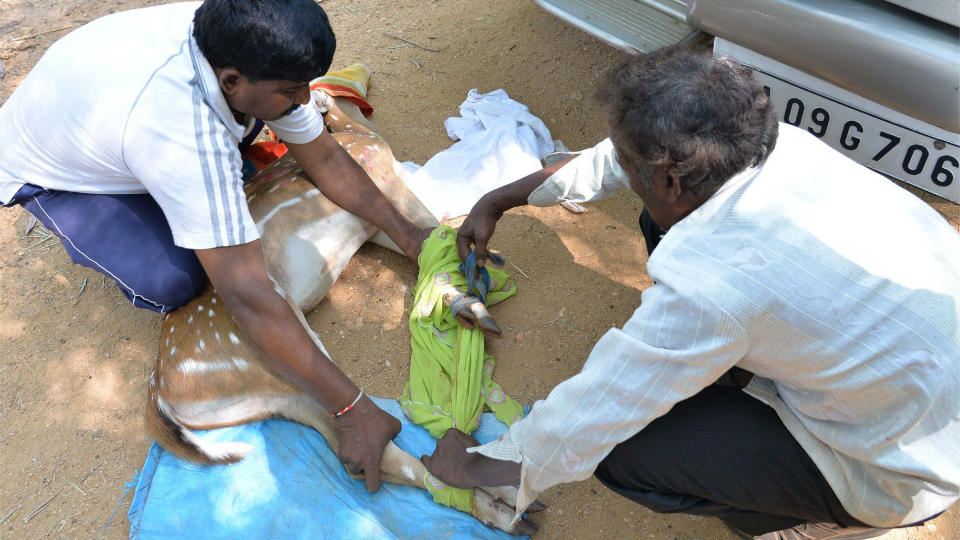 The injured deer that was rescued by the walkers in city this morning. [Pic. by Pragathi Gopalakrishna]

Soon, Deputy RFO M.N. Subramanya, following the directions of the Forest officials arrived at the spot and took the injured deer to Zoo Veterinarian Dr. Madan V. Kompal, who provided first aid and even administered IV fluids and injection to the deer. Later, the Dy. RFO took the deer in his vehicle and released it into Lingambudhi Forest.

He said that the deer was treated for its injuries and was out of danger.