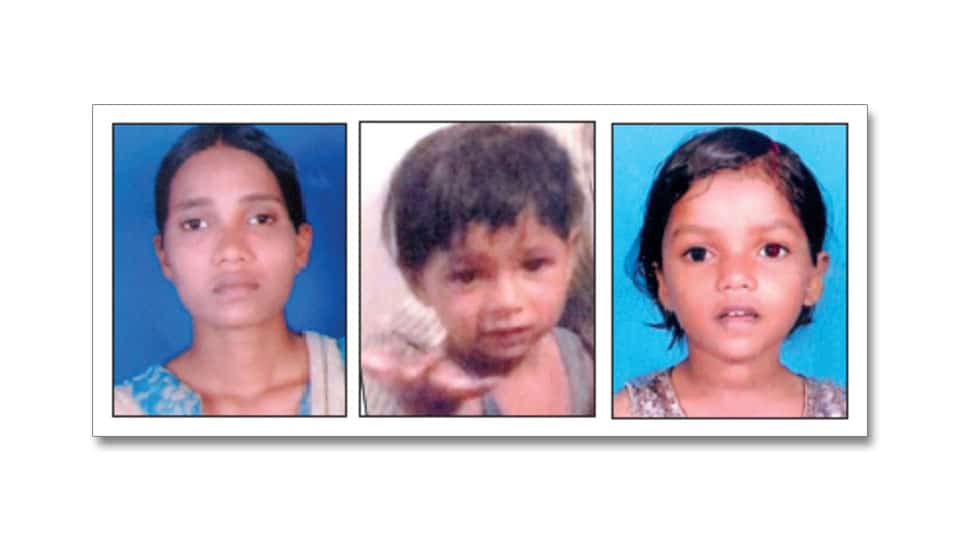 Mysuru: A mother along with her two children have been reported missing from Lashkar Police limits in city.

According to the complaint lodged by Nagaraju, he along with his wife and children were staying with his (Nagaraju) father in St. Philomena’s High School premises and on Oct. 26, Swapna left the house along with the children at about 1 pm and has since gone missing.

Swapna is 5.1 ft. tall, round faced, wheatish complexioned, normal built, has an old scar on the left side of the forehead, speaks Kannada and Tulu and was wearing a pink coloured saree.