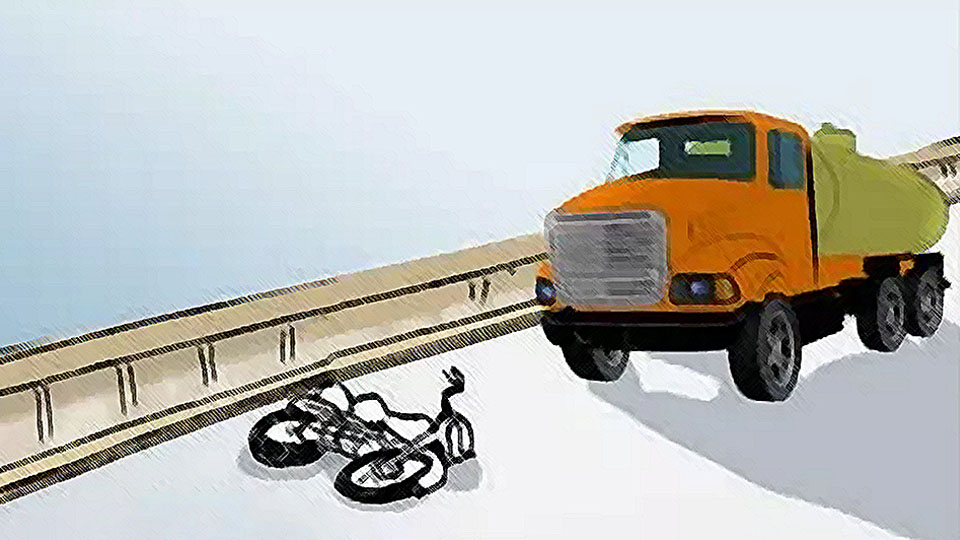 Mysuru: A 40-year-old motorcyclist was killed when the two-wheeler he was riding crashed into a stationary lorry in Hebbal    Industrial Area here on late Monday night.

The victim has been identified as Suresh (40), a native of Andhra Pradesh and an  employee of Pattabhi Enterprises in city.

Suresh was returning home from work when he lost control of his motorcycle and rammed into the stationary lorry on the road in front of L&T factory, close to Infosys Technologies. Suresh, who sustained serious injuries was rushed to K.R. Hospital, where the doctors declared him dead, it is learnt.

V.V. Puram Traffic Police have registered a case in this regard.