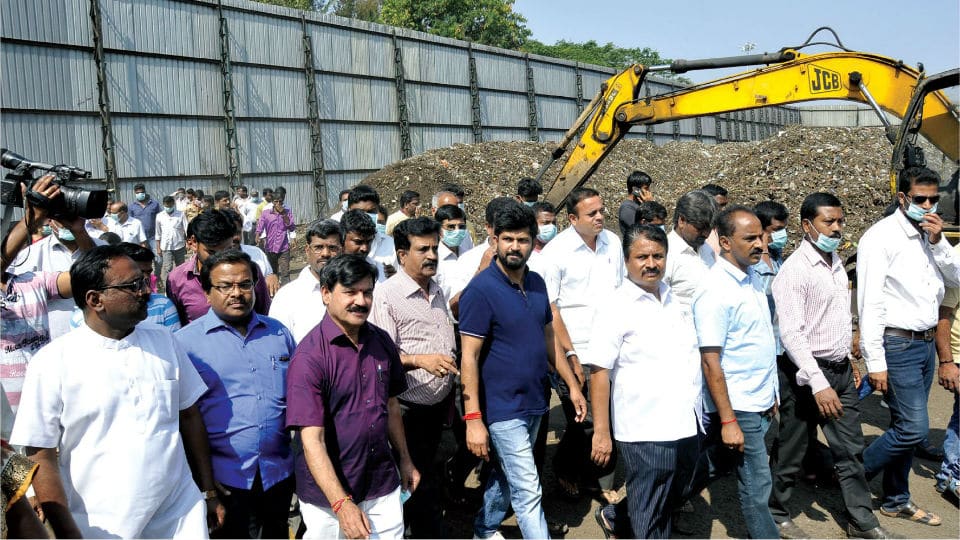 Mysuru: Following complaints by residents demanding a permanent solution for the stink and health hazards caused by Excel Plant at Sewage Farm in Vidyaranyapuram, Mysuru-Kodagu MP Pratap Simha, along with over 200 BJP activists, inspected the Plant yesterday.

Accusing K.R. Congress MLA  M.K. Somashekar of ignoring the plight of local people, who are exposed to health hazards, the MP alleged that the MLA had done little for finding a solution to the hazards caused by the Plant.

He urged the MCC to come to the rescue of people residing in the vicinity of the Plant by practising scientific ways for waste segregation and management.

Former Minister and senior BJP leader S.A. Ramdas, who  is spearheading the cause of the residents, said that the BJP, when in power in the State earlier, had allotted sufficient funds for proper waste segregation and management at Excel Plant. But the current MLA had failed to ensure that the Plant does not pose any health hazards to nearby residents, he alleged.