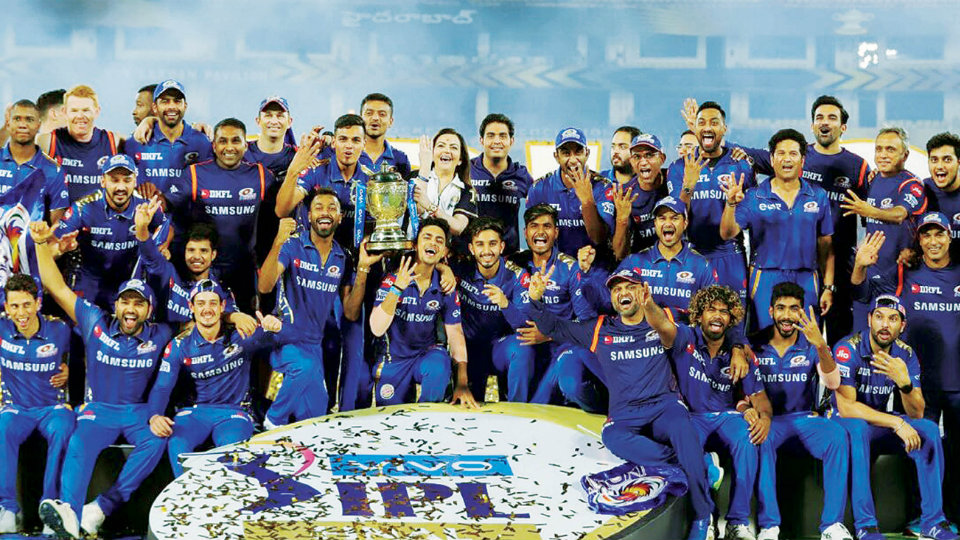 Needing nine to win off six balls, CSK’s star performer Shane Watson (80 off 59) got run out. Thereafter, veteran Lasith Malinga became the saviour for MI as he bowled tight lines to turn the tide in his side’s favour.

Earlier, at one point CSK were cruising but MI bowlers took wickets in quick succession to bring their side back in the match.

The biggest turning of the match was probably the run out of CSK skipper M.S. Dhoni from where CSK didn’t recover completely. But Shane Watson brought them back in the game when he dispatched Malinga for three sixes in the 18th over.  Jasprit Bumrah bowled a brilliant 19th over wherein he gave just nine runs.

MI skipper Rohit Sharma won the toss and elected to bat in IPL 2019 Final against CSK. Quinton de Kock (29 off 17) and Rohit Sharma (15 off 14) got Mumbai Indians to a solid start. de Kock was more explosive of the two batsmen and struck three sixes off Deepak Chahar in the fourth over of their innings. de Kock fell in the very next over off the bowling of Shardul Thakur.

Deepak Chahar came back strongly in his next over as he dismissed Mumbai skipper Rohit Sharma and put Mumbai Indians on the backfoot. Suryakumar Yadav and Ishan Kishan built a decent partnership and when things were looking  good for them, they both fell in quick succession.

Birthday boy Kieron Pollard, who turned 32, played a brilliant knock (41 off 25 balls) to help his side reach a respectable total of 149/8.