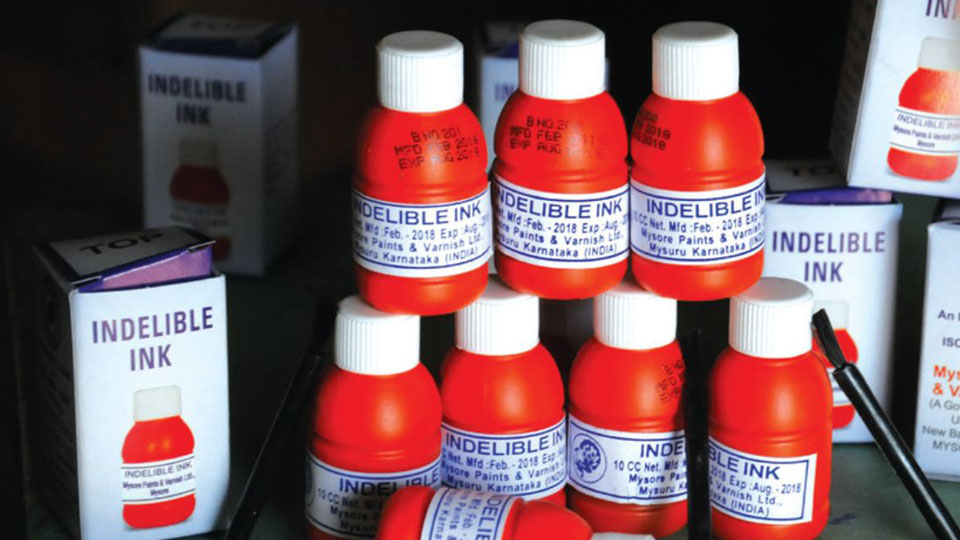 Mysuru: The city- based Mysore Lac and Paints (MyLAC), a key player in the voting process, has supplied 22,000 more bottles of indelible ink to the Election Commission for today’s Assembly polls.

According to MyLAC Chairman H.A. Venkatesh, the indelible ink manufacturer has so far supplied 1.32 lakh vials of ink to the Election Commission, including the 22,000 additional bottles dispatched recently.

Pointing out that every bottle contains 10ml of indelible ink, he said that the ink bottles have been dispatched in enough quantity to all the 30 districts of the State.

Stating that each vial is priced at Rs. 126, he said that however the price has been reduced by Rs. 16 per bottle as compared to previous year, when a bottle cost Rs. 142.

Citing drop in prices of raw materials for reducing the cost of ink bottle, Venkatesh said that the price reduction has not hit MyLAC in anyway.

Continuing, Venkatesh said the MyLAC set up by the erstwhile Mysore Maharajas has been doing exceptionally well and added that the indelible ink has earned worldwide recognition.

Stating that MyLAC’s indelible ink was used for the first time in the 1962 polls, he said that the ink has become a permanent feature in all the polls held since 1962. He further said although the Election Commission, based on the opinion of the general public, especially the youth, had thought of using marker pens instead of indelible ink in polls, it is yet to take a final decision in this regard.