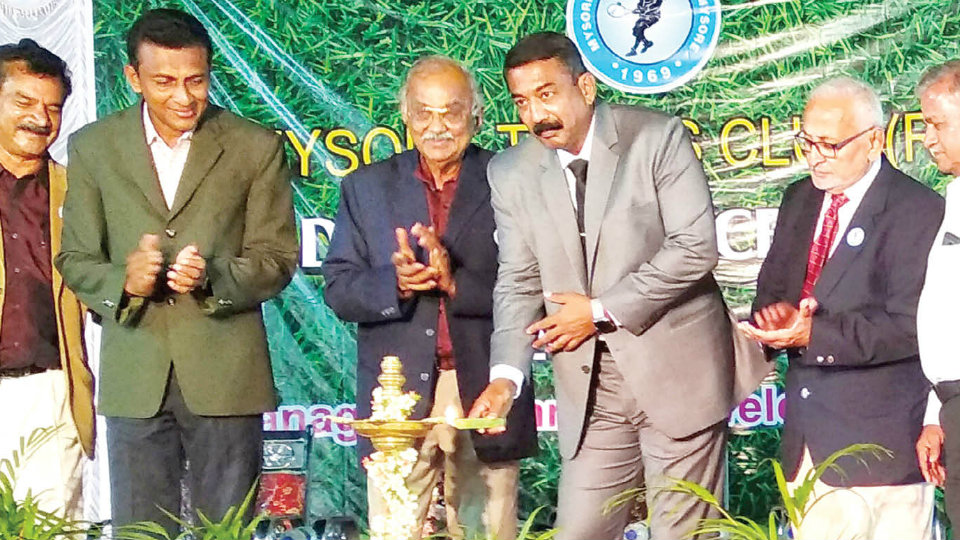 The Mysore Tennis Club (MTC) in Chamarajapuram here, one of the primary Tennis Clubs in the country promoting the game of tennis, established in 1969, celebrated its Golden Jubilee at its premises here last evening.

The MTC has been producing talented tennis players who have gone on to represent the country in different levels from time to time.

The Golden Jubilee celebrations got off to a colourful start with K.T. Balakrishna, City Police Commissioner, Mysuru, inaugurating the celebrations by traditionally lighting the lamp.

Winners of the competitions held at the Club in different age categories were also given prizes during the programme.