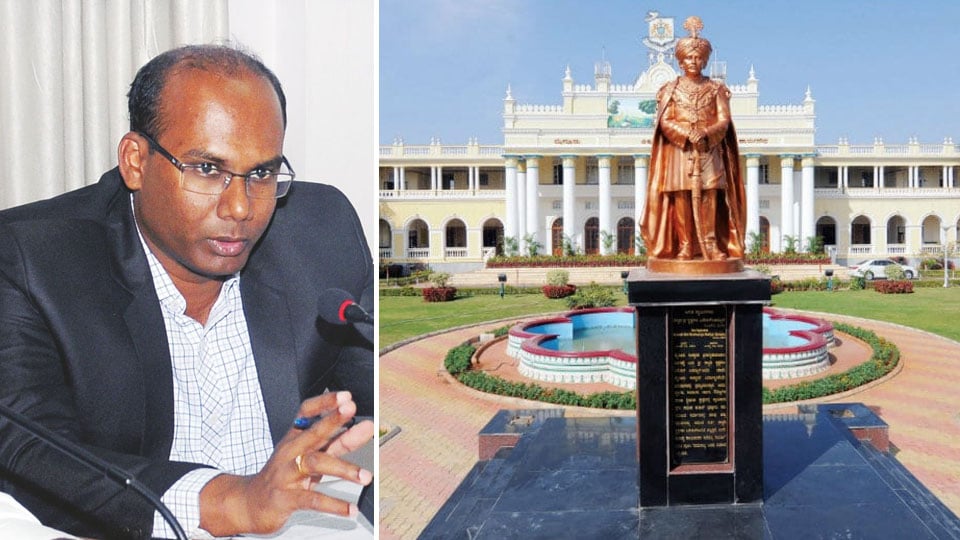 Mysuru: In the wake of the Supreme Court expressing its displeasure over the Karnataka Government’s failure to furnish all records in original of the land in a dispute involving University of Mysore on Feb. 12, a team of officials led by Deputy Commissioner (DC) D. Randeep has reached New Delhi yesterday to produce the original documents pertaining to the 23-acre Mysore University land at the foot of Chamundi Hill here.

A bench of Justices N.V. Ramana and S. Abdul Nazeer had directed the Revenue Secretary and officials in the Revenue Department of Karnataka to appear before the Apex Court with relevant original records   today (Feb.20).

Today, the team of officials led by the DC, were at the Supreme Court waiting for their turn to produce the original documents to the Court.

The matter pertained to donation of about 23 acres of land by the Maharaja of Mysuru out of 1,600 acres to the President of India for starting Logopedics Institute in 1965. However, in 1974, Rajaiah and Nanjaiah, having been in possession of the land as cultivators since 1950, applied for registration of eight acres of land situated at Kurubarahalli village, Mysuru taluk, after enactment of the Karnataka Land Reforms Act, 1961.

Rajaiah and Nanjaiah, in 2004, had approached the High Court in this regard and the HC, after the hearing, had pronounced the judgement in their favour following which the Mysore University had knocked the doors of the Supreme Court.

The DC and other officials were in the Supreme Court when we went to the Press.