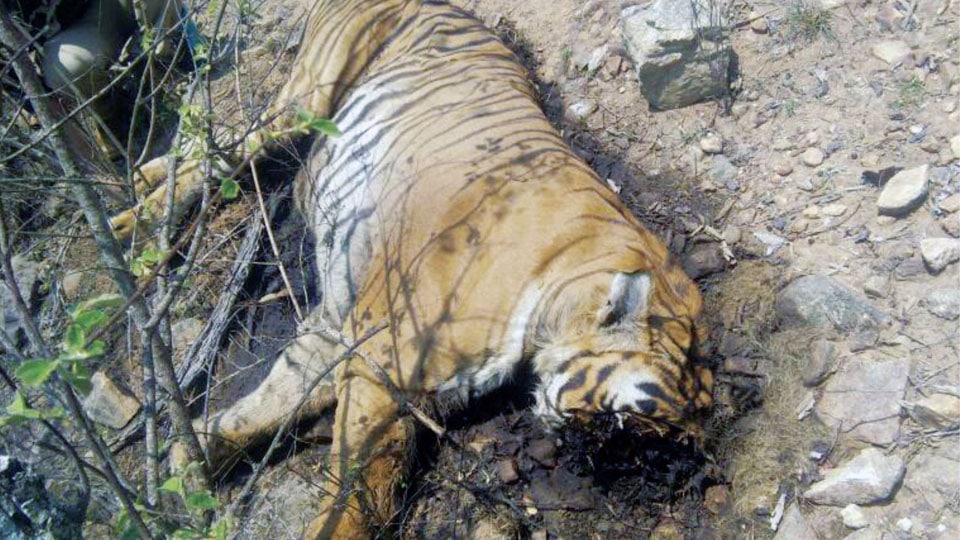 Bandipur – Mystery shrouds the death of ‘Prince’ (14), the favourite tiger of tourists in Bandipur as the photos of the carcass of Prince shows his disfigured face due to explosion of a country-made bomb which is usually placed to hunt wild boars.

Prince, who ruled Bandipur for about 12 years, was the favourite among tourists and photographers as he would come very near to the safari vehicles and give poses to shutterbugs for a long time.

It is suspected that Prince, who was foraging for food,  must have come across the bomb placed by poachers to kill wild boars and may have bitten the bomb resulting in the bomb exploding in its mouth    and killing it.

But the Forest Department  officials say that Prince had  died a natural death and suspect that the wild boar may have eaten the face.

It may be recalled that the carcass of Prince was found about 15 days ago in Kundakere Forest zone in Bandipur.