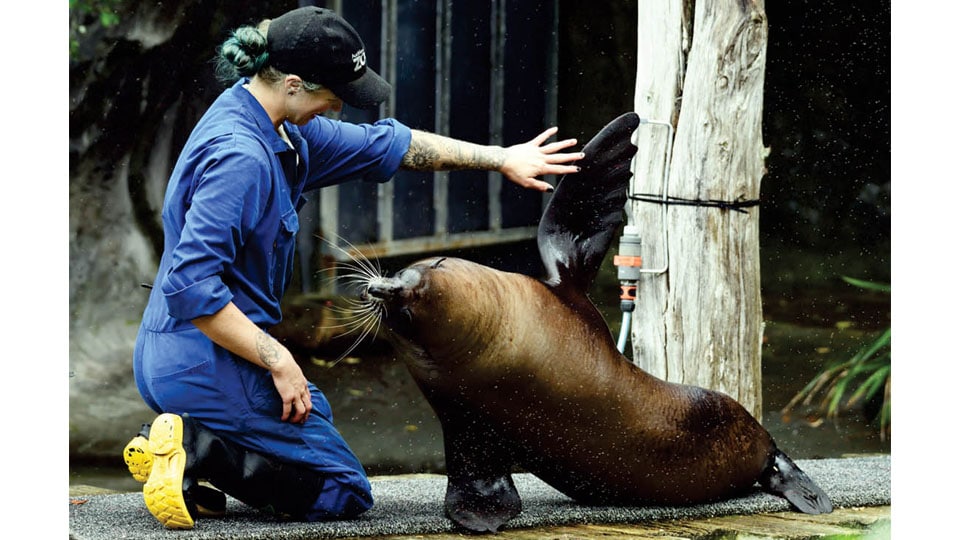 A Mechanical Engineer at New Zealand, 23-year-old Sagar, a resident of Bogadi here, is a passionate wildlife photographer who caught attention of many through his wildlife photography captured in Bandipur and  Nagarahole National Park.

A photography competition called ‘Zoo Snaps’ was held by Auckland Zoo in January 2021. Totally, 12 photographs captured by wildlife photographers were displayed in the competition.

Sagar’s photo of Yemma, an Elephants and Seal-Keeper at Auckland Zoo, while conducting a health check on a Seal, received maximum votes in the competition.

Speaking to SOM Sagar Suresh said, “I had clicked the photo of the Seal-Keeper in November 2020 when I visited to the Auckland Zoo. I had posted this picture on my Instagram account and it was considered for the ‘Zoo Snap’ competition. Also this photograph was selected for the annual competition held from July 2020 – July 2021. Voting lines were opened through Facebook and Instagram from Aug. 22 to Sept.1. I am happy that my photograph received the highest votes and won me the best photographer award. The result was published on the website of Auckland Zoo.”

Sagar’s mother Sowmya Suresh is a Senior Branch Manager at Punjab National Bank in Agrahara while his father Suresh Venkateshmurthy is an employee at Skanray Technologies.