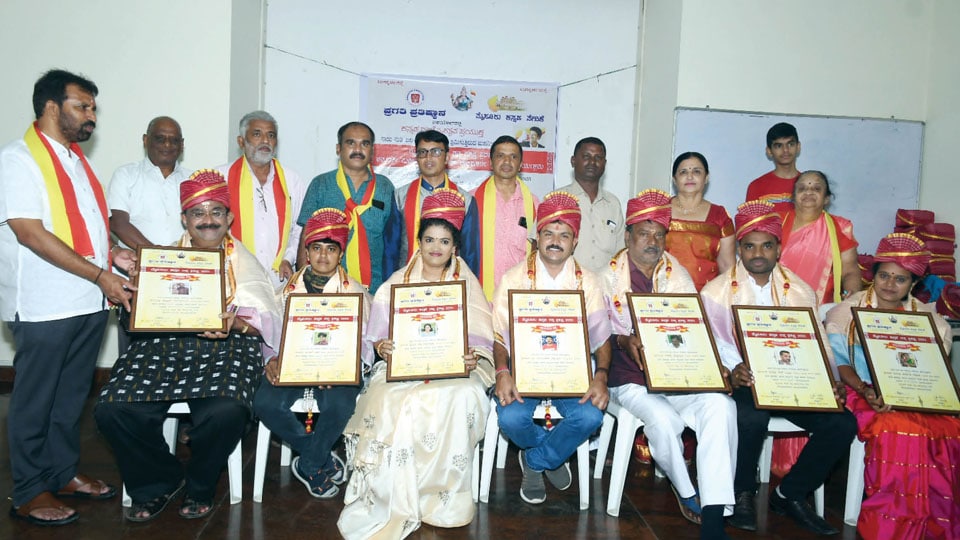 Speaking on the occasion, Nagendra said that Mysuru has its own identity and pride amongst the comity of cities around the world. Pointing out that the State was called as Mysore State until the 1970s when the then Chief Minister D. Devaraj Urs renamed it as Karnataka State, he said that Kannada was now under threat in the Capital City of Bengaluru.

Noting that non-Kannadigas have outnumbered Kannadigas in Bengaluru and other border districts, he said that it is the will and struggle of Kannada activists that the language of the land is still safe.

Maintaining that Mysuru is the fastest growing city after Bengaluru, he said that Mysuru is rightly called as the Cultural  Capital of the State for all its rich culture, tradition and heritage. It is the responsibility of everyone to maintain this unique identity of the city, he added.

Senior writer Bannur K. Raju, in his address, said that Kannada is very much part of our life and living. Bemoaning that Kannada is being neglected by Kannadigas themselves, he contended that it is the responsibility of every Kannadiga to ensure that the language retains its richness.

He also highlighted the need for teaching Kannada to non-Kannada speaking communities in the State.