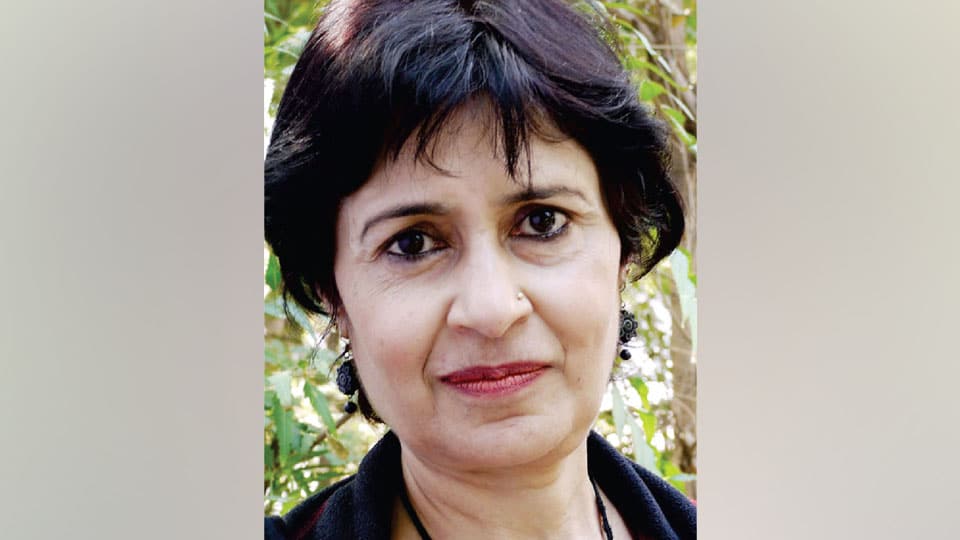 The countdown has begun for the first Mysuru Literary Fest organised by the Mysore Literary Association on Sunday, June 18. The venue —Senate Bhavan — in the sprawling, beautiful Manasagangothri campus is getting spruced up as the literati and cognoscenti will descend in large numbers to listen and interact with some of the finest authors as this is what the Lit Fest is all about. As such, Star of  Mysore is the natural media partner.

Star of Mysore is profiling, since June 13, the eclectic mix of authors who will be a part of the Fest. Read about them and be ready to participate in the event, which Mysuru is waiting, for a long time…

Kavery Nambisan is a novelist, also a surgeon who practices in rural India.  She was born in Palangala village in South Kodagu, in a politician’s family. Her father, C.M. Poonacha, was the Chief Minister of the then Coorg (now Kodagu) State and was Union Railway. She is the sister of author C.P. Belliappa, who is also participating in the Fest.

Kavery studied medicine in St. John’s Medical College, Bengaluru and then studied surgery at the University of Liverpool, England, where she obtained the FRCS qualification. She worked as a surgeon in various parts of rural India before moving to Lonavala, Pune, to start a free medical centre for migrant labourers.

Nambisan works as surgeon and medical advisor at the Tata Coffee Hospital in Kodagu, and is the Chief Medical Officer for Tata Coffee. She has created several programmes for child immunisation and family planning for the rural communities. She is vocal in her critiques of urban centred health planning.

Her career in medicine has been a powerful influence in her fiction. She wrote stories for the now defunct children’s magazine Target. She also contributed to Femina and Eve’s Weekly. Kavery Nambisan has authored several novels for adults, each with widely differing themes. Her first book, published under the name Kavery Bhatt, The Truth (almost) About Bharat, is the story of a rebellious young medical student who runs away from medical college, and begins a cross-country road trip on his motorcycle. Her sixth novel, The Story that Must Not Be Told was shortlisted for the DSC Prize for South Asian Literature in 2012, as well as the Man Asian Literary Prize in 2008.

Kavery’s second novel, The Scent of Pepper (1996) was set in her birthplace, Kodagu and is a portrait of the life and culture of its people, through the eyes of a family from colonial rule to independence. Mango-coloured Fish (1998) concerns a woman whose marriage has been arranged to a man she does not love. On Wings of Butterflies (2002) is set in the women’s movement in independent India and narrates the story of a group of women entering politics. The Hills of Angheri (2005) draws from Nambisan’s own experiences as a doctor, tracing a young woman’s medical  career.

Her seventh and most recent novel, A Town Like Ours (2014) is an account of the lives of several people, narrated by a sex worker living in a small town, and engages with themes of identity and industrialisation.

Kavery Nambisan’s story Dr. Sad and the Power Lunch was joint runner-up in the third Outlook-Picador non-fiction contest in 2003. She has also contributed fiction to Indian Literature, the journal published by the Sahitya Akademi (India’s National Academy of Letters).

She has also contributed some works of criticism, including a piece on ‘New Issues in Fiction’ to the journal Indian Literature. Kavery Nambisan was ‘Coorg Person of the Year’ in 2005. Her contribution is tremendously appreciated and considered as a person with an astounding personality.

NOTE: Geetha Kariappa, who teaches English in SJCE, Mysuru will be in conversation with Kavery Nambisan at  the Fest.