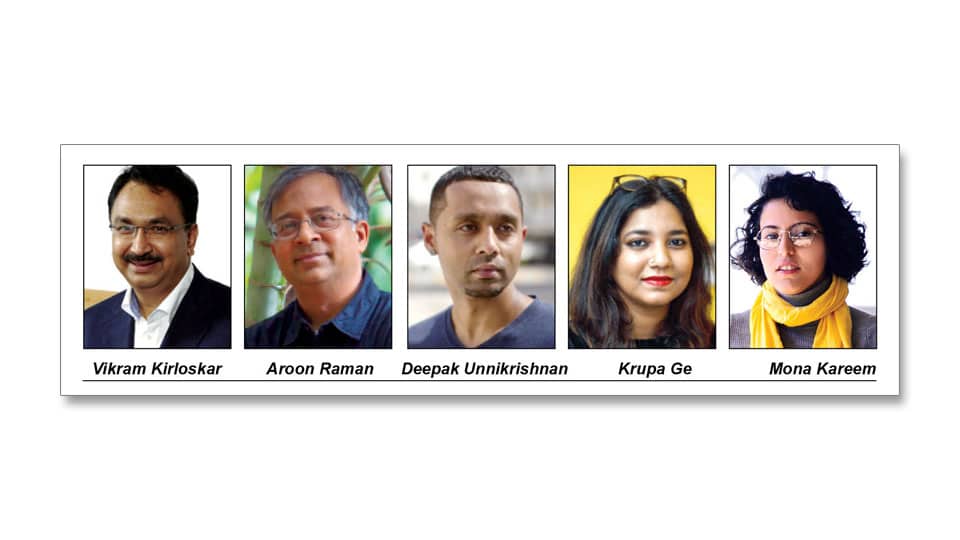 Aroon Raman is a Bengaluru-based entrepreneur and author. His debut novel, a spy thriller called The Shadow Throne, quickly became a national bestseller. The Treasure of Kafur is his second novel. His third book, SkyFire is a sequel to The Shadow Throne and was published in 2016. He divides his spare time between trekking, advising and supporting NGOs and travel.

Deepak Unnikrishnan is a writer from Abu Dhabi. His book Temporary People, a work of fiction about Gulf narratives won the inaugural Restless Books Prize for New Immigrant Writing, the Hindu Prize and the Moore Prize. He has been a writer in residence at Sangam House, Ca’ Foscari University of Venice, and Brown University, and was a Margaret Bridgman Fellow in Fiction at Bread Loaf. He currently teaches at NYU, Abu Dhabi.

Krupa Ge is a writer and editor from Madras. She is the author of Rivers Remember (Context, 2019) a narrative non-fiction account of the Chennai floods of 2015. Her reportage and cultural writings have appeared in The Hindu, Firstpost and The New Indian Express, among other Indian and international publications over the last 12 years. She has a novel forthcoming from Context.

Mona Kareem is the author of three poetry collections, and most recently, a trilingual chapbook titled FEMME GHOSTS. She holds a Ph.D in Comparative Literature and is currently a Translator-in-Residence at Princeton University.

each panel starts and a reminder 1 hour before it starts.