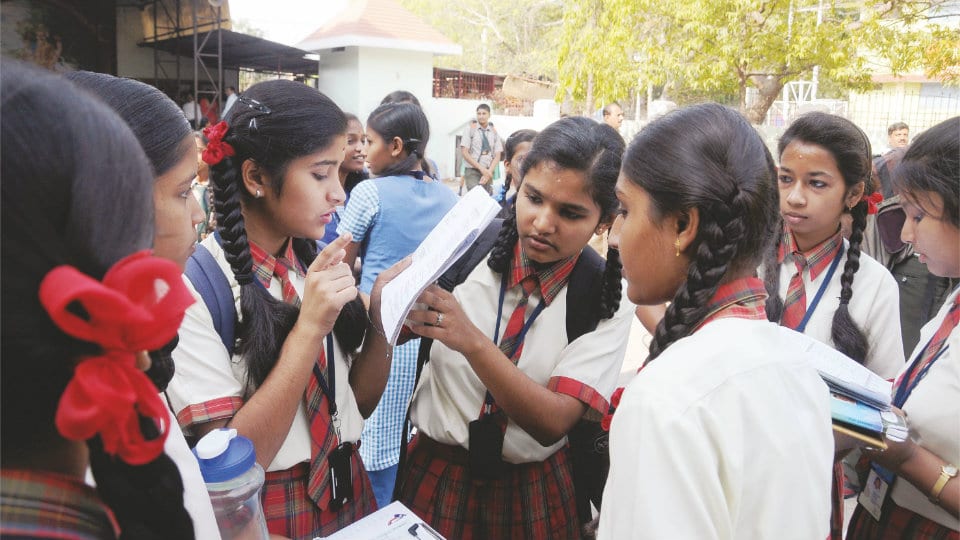 Mysuru: In a dismal performance, Mysuru has slipped to 21st place from as high as eighth last year, in the SSLC exam results that were announced here this afternoon in Bengaluru by Tanveer Sait, Minister for Primary and Secondary Education.

Supplementary exams will be held from June 15, said  Tanveer Sait.