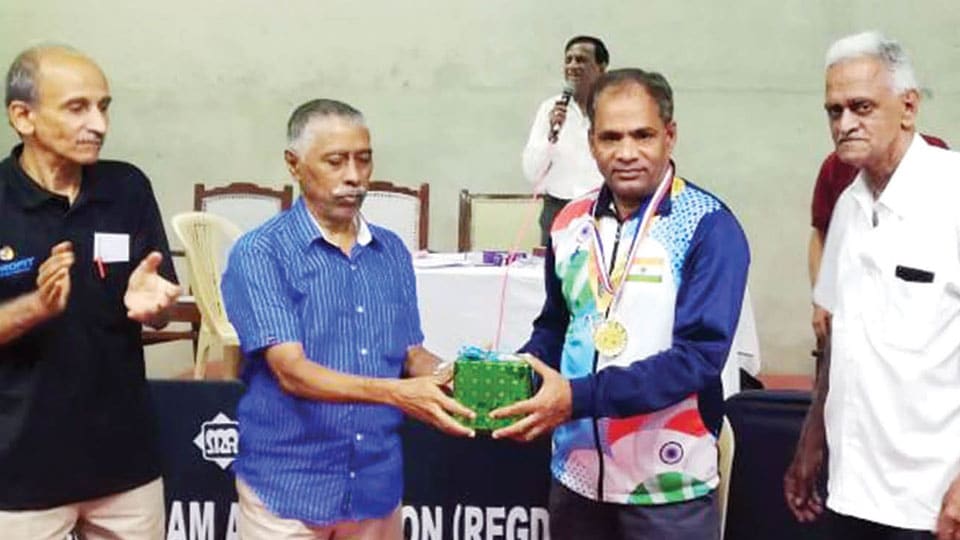 K.V. Krishnamurthy (KVK) of Mysuru won Silver in the 75 year age group Singles. Udayshankar, who has made it a habit to win Gold in this event, this year too refused any chance in final for KVK to win.

Dr. B.R. Sainath Iyer, another Mysurean, had to be contended with Bronze in the same event having lost to Udayshankar in semi-final.

Sandeep and Soumya (Bengaluru), the husband-wife pair, after winning their respective 40+ Singles, also paired to win Gold in 40+ Open Doubles, in which both men and women players participated.

KVTTC honoured G.H. Sanjeev, National Para TT Singles Champion, who won the Team Silver for India in an International Para TT event in Bangkok. He is expected to participate in the next World Para TT Championship in Thailand.