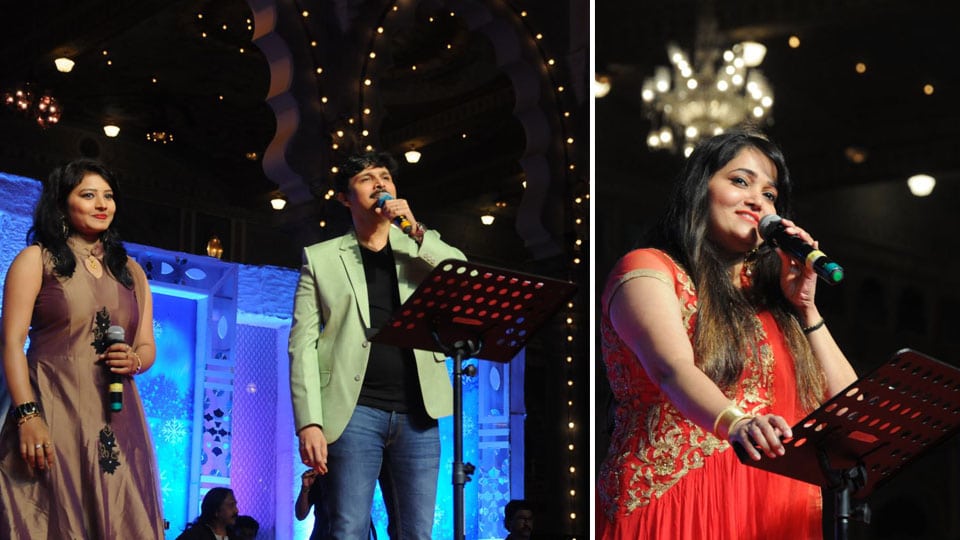 Rajesh Krishnan came out with popular numbers like ‘Nooru Janmaku Nooraru Janmaku,’ ‘Jotheyali jothe jotheyali’, ‘Jeeva Veene Needu’ and many more with thunderous applause by people. He along with Shashikala rendered a couple of duets also while Anuradha Bhat and Santosh too rendered a few popular songs.

Drenched in colours: Behind the Bombe Mane at Palace premises, the organisers had lined up a few drums filled with coloured water. Over 30 children enjoyed splashing coloured water over each other. Fire Brigade personnel had created an artificial rain using fire hydrant and the kids enjoyed under the ‘rain.’ A few youth too joined the fun and frolic.

The flower show at Palace premises received a good footfall yesterday also with 30,236 visitors having a glimpse of the exotic flowers, Bombe Mane and photo expo.